I found a few more 2012 Panini Triple Play to send to Madding, the author of Cards on Cards, and he returned the favor with a nice little trade package. 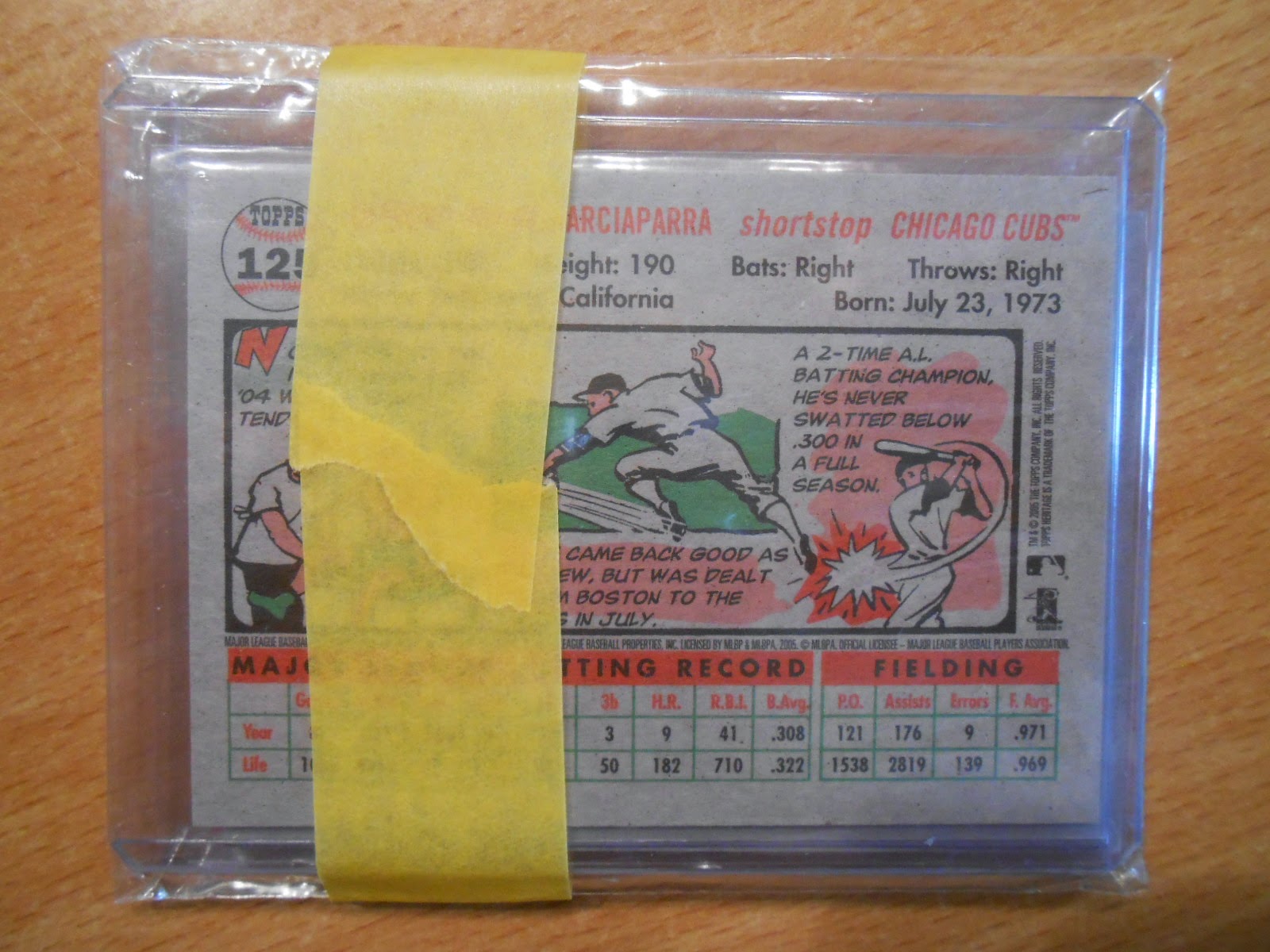 Yellow tape?  I don't think I can argue here.  I'm not sure what it's true purpose is, but it is removed from the protective holds with ease.  Two thumbs up for the yellow tape!  Personally, I'm a huge supporter or "painters" tape, but I have only seen it in rolls of blue and green up until now.

Enough tape talk... let's get to the cards! 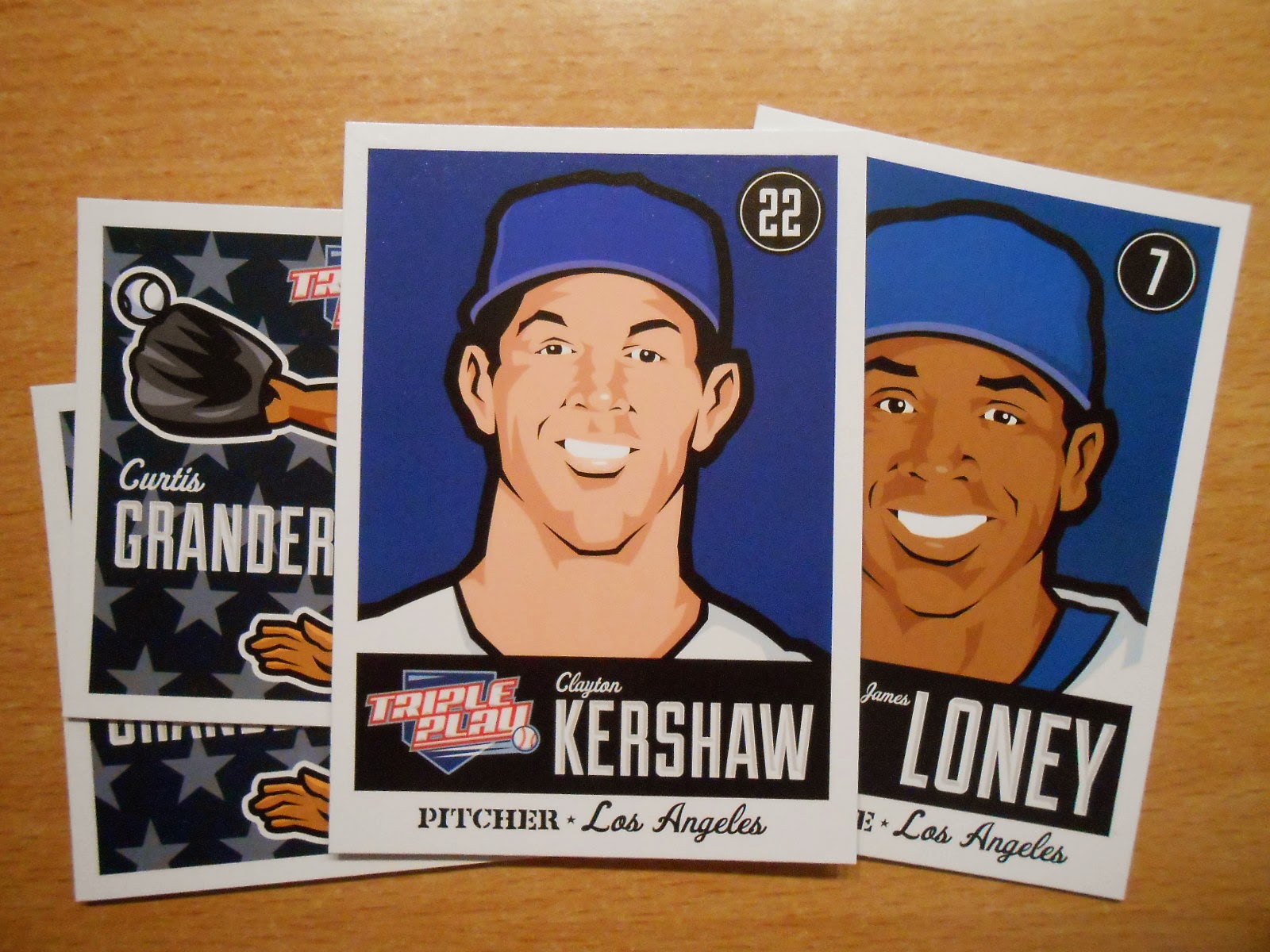 I'm working on a second and third short set of 2012 Triple Play.  One of the Granderson cards finished off the second set.  Nice!

Rizzo has been on fire this week.  The Cubs have run off four wins in a row and Anthony has either driven in or scored the deciding run in each of those four games. 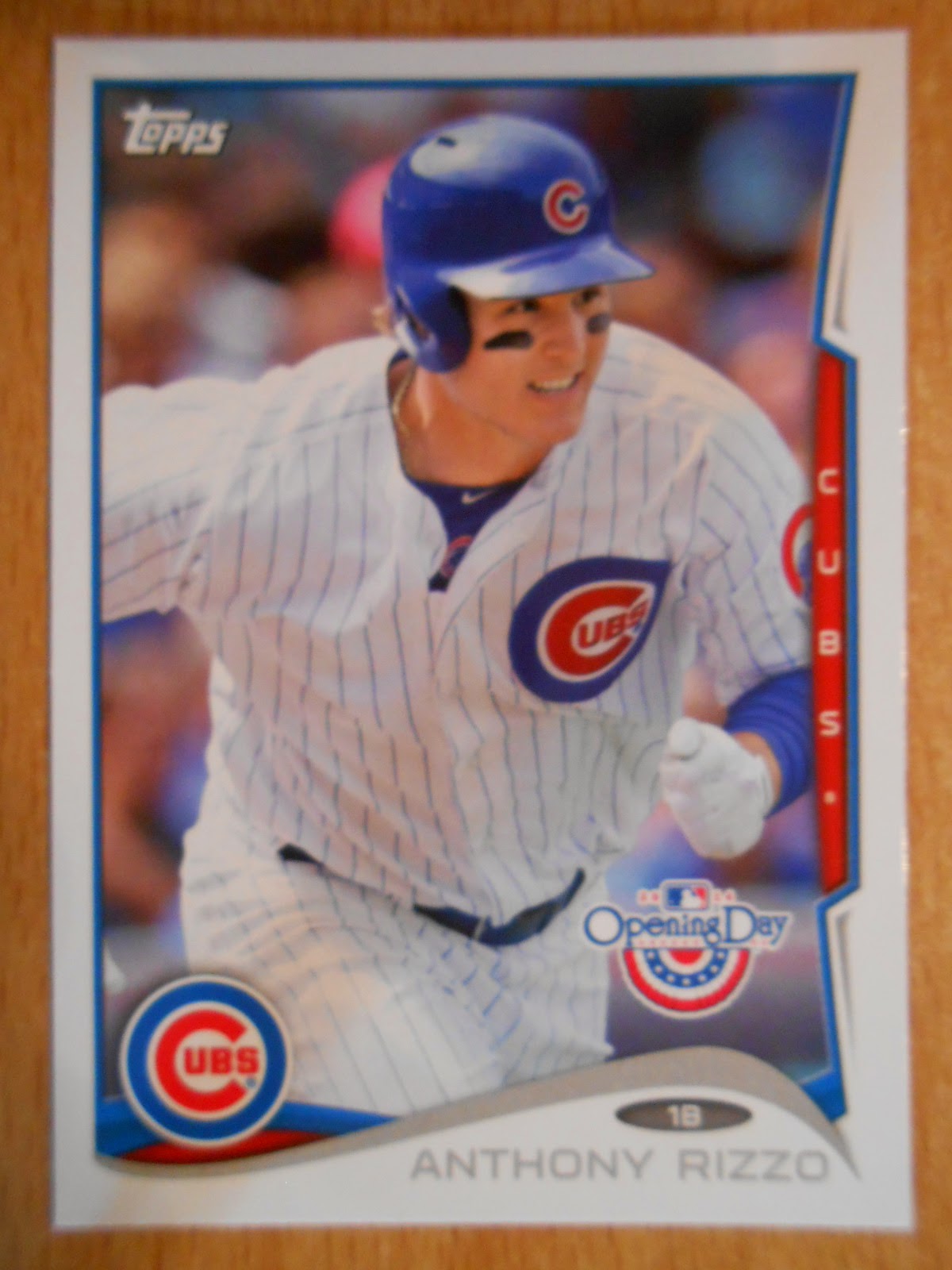 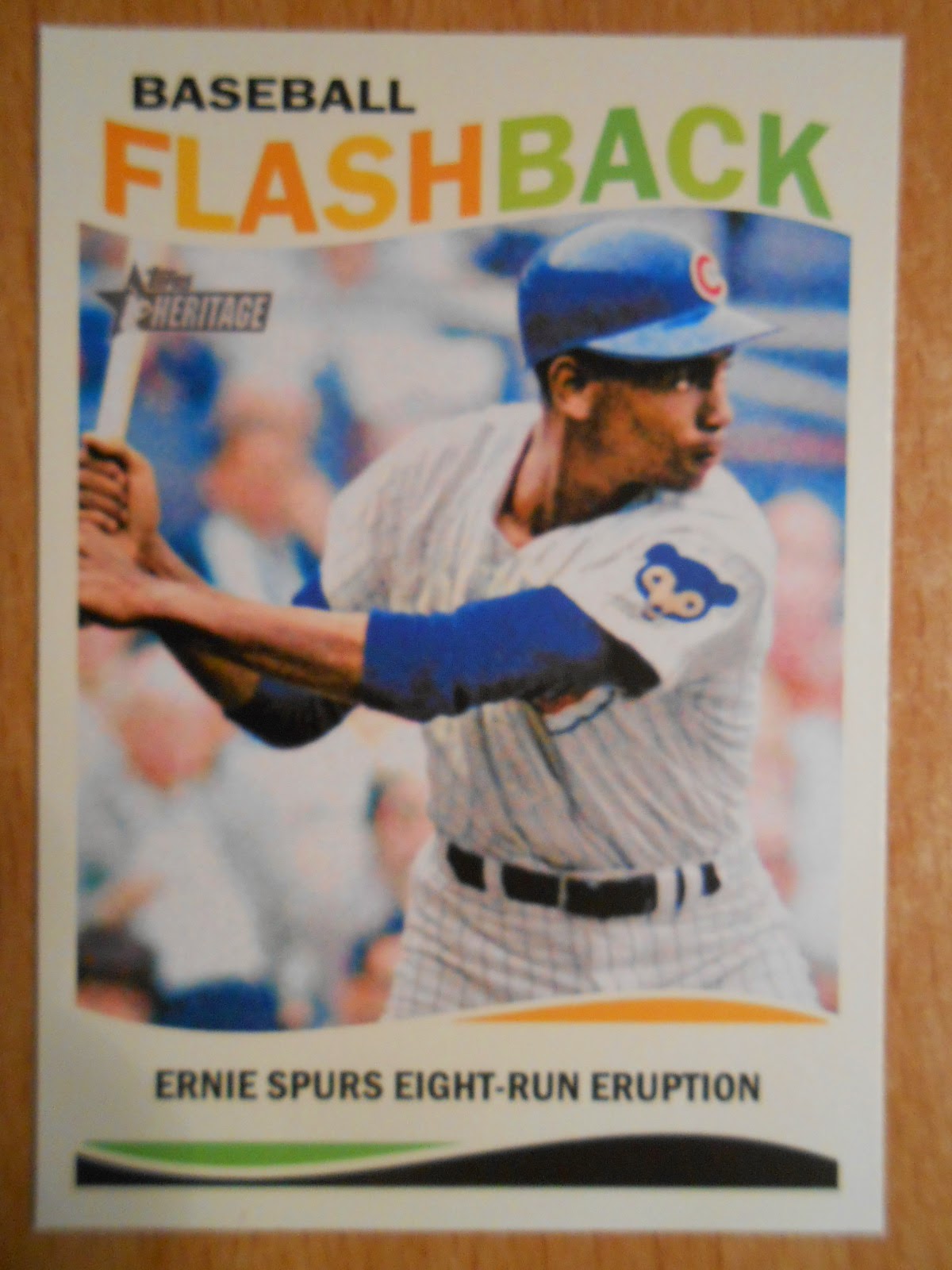 And lastly, a pair of Nomar Garciaparra cards that have me wrinkling my brow.  Nomar has a page in one of my binders (Cubs uniforms only) and these cards are both new to me.  So, I'm ecstatic about the new additions. 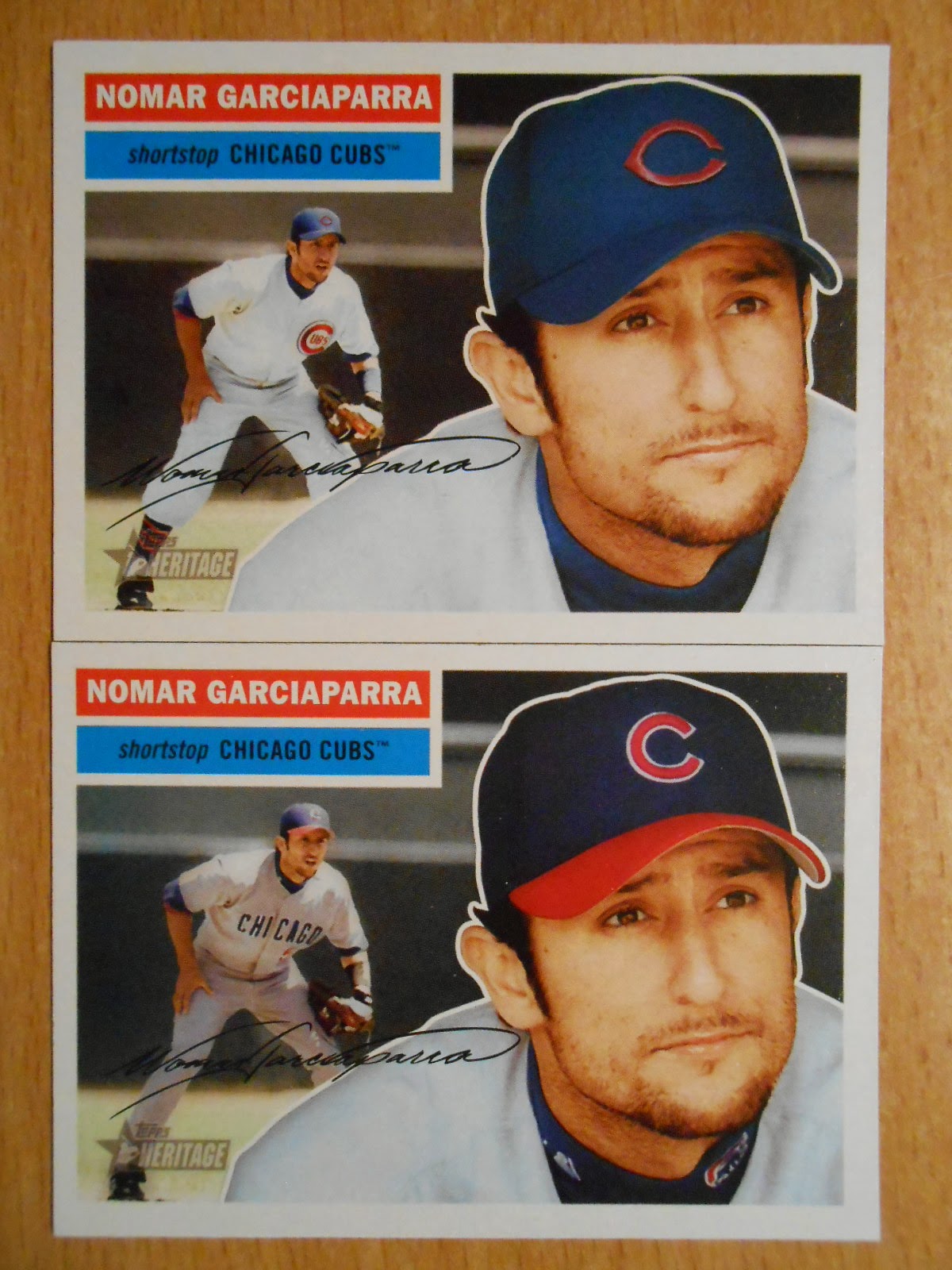 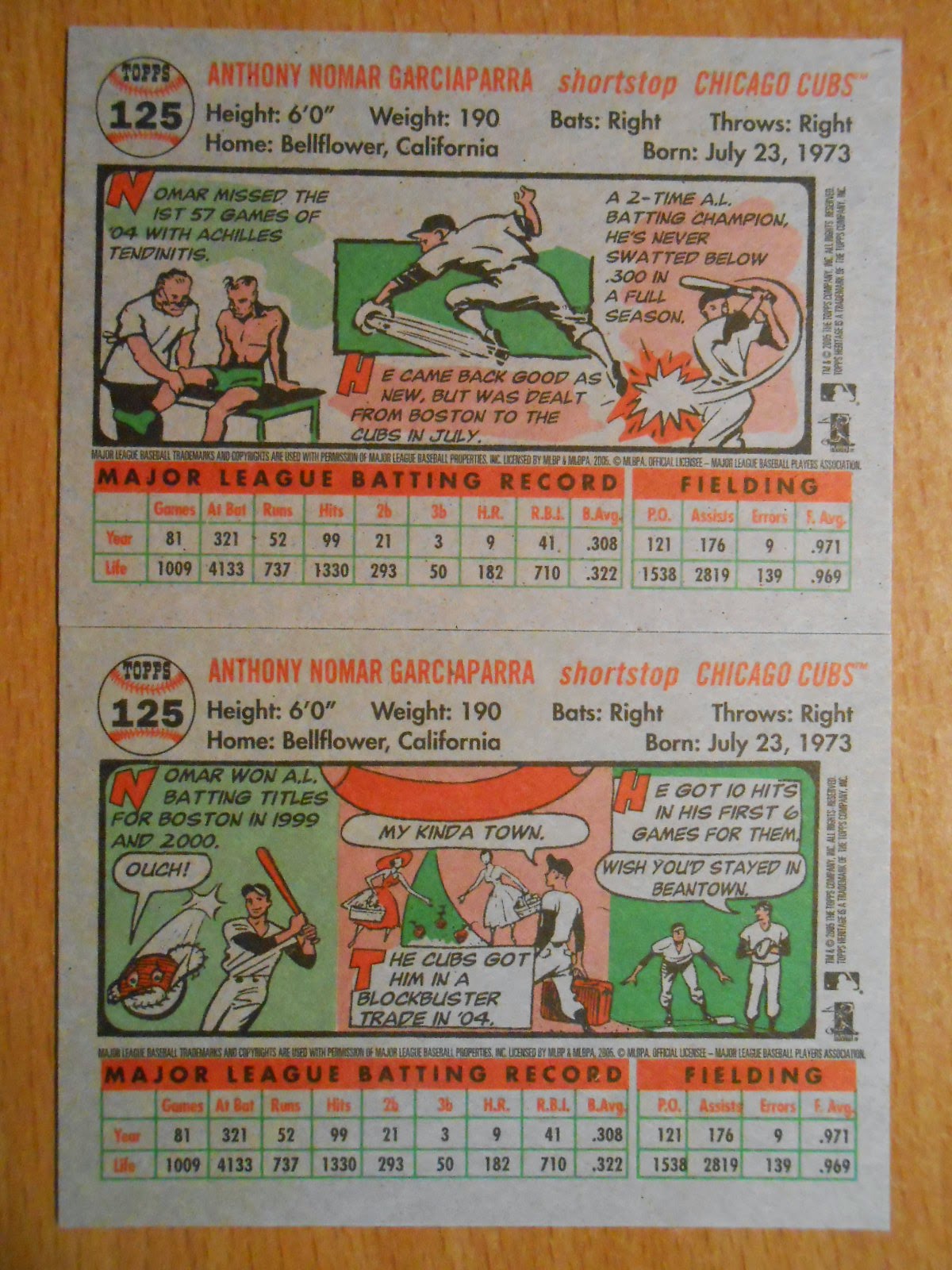 But, what in the world is going on here?  It's as though Topps is trying to show off their Photoshopping skills.  With 95% certainty I'll announce the bottom card as the original/base card and the top card is some sort of short print.  I don't recall the Cubs going all retro back in 2005 (old C on cap and retro stirrups), but I've been wrong before and I'll be wrong again.

Thanks again for another quick and easy trade, Madding!