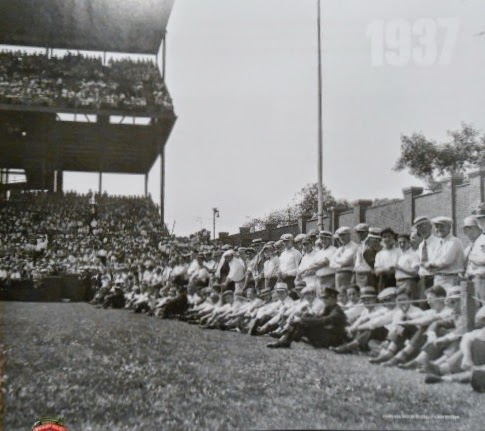 "Before the bleachers were constructed in 1937 fans crowded the outfield grass during games, separated from the action by only a rope. Rumor has it they would move the rope closer to the plate when the Northsiders were up to bat."

Talk about your home field advantage!   Although, I believe there are three policemen sitting in front of the ropes and I wonder if they were part of the fans shenanigans, or their presence was there to prohibit such shenanigans from happening.

Either way, this is a pretty neat shot!