First, indulge me as I ramble a bit.  I've been a little frustrated with Topps' monopoly and Panini's lack of a license and for the first time since I jumped back into the hobby in 2009 I am not going to build a current set.  I could go on, but it is much of the same you've read around the blogosphere.  Blah. Blah. Blah. 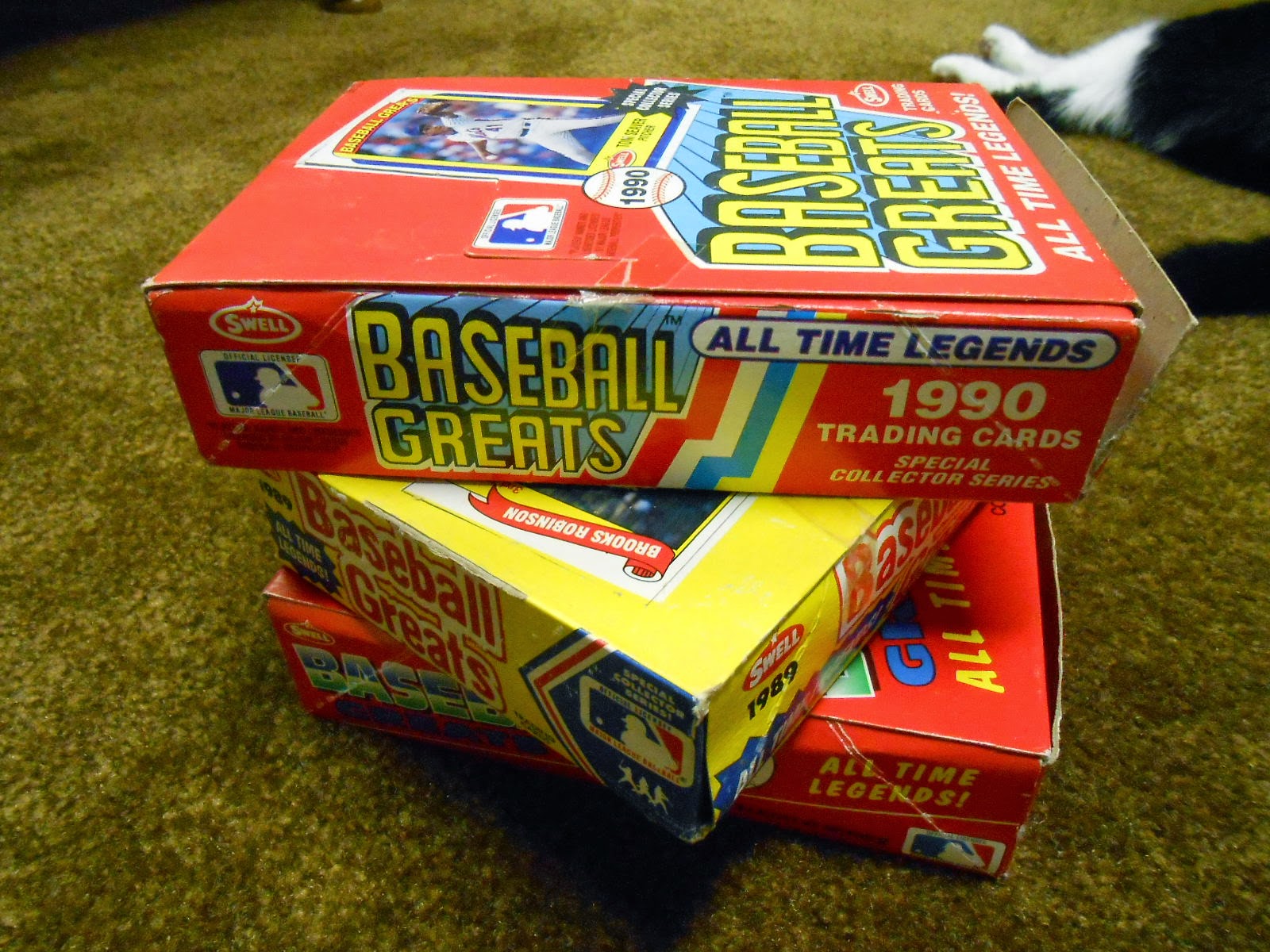 Didn't I say in my last contest post, "I have three swell boxes picked out..."? 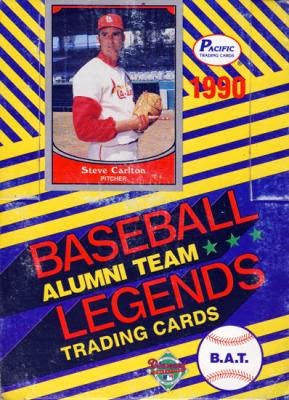 I've also placed an order for the box below and it should arrive early next week:
1990 Pacific Legends (110 cards in set, 36 packs in box, 10 cards per pack)


If you're not sure you're interested take a look at the checklists I have linked above and please reconsider.  We're talking about names like Babe Ruth, Walter Johnson, and Roberto Clemente, plus guys who aren't featured very often to today's product like Mark "The Bird" Fidrych, Boog Powell, and Tommy Agee.


I'm going to crack open the the four above boxes and keep one duplicate of each card.  Just to make this clear, let's say I pull four Manny Sanguillen cards (#126) from the '90 Swell box.  Whoever selects the Pirates would receive the first, third, and fourth Sangullien cards.  I'm keeping the first duplicate (the second card), because I'm attempting to build he set.  If I would only pull one Sanguillen card, then the blogger who selects the Pirates would get it and I'm off on my search to find one to fill my set.  No problem for me, because I love the chase!

Seeing as there's 360 cards in a box and the largest set is 150 cards, the odds are in your favor to get a team set. Because I'm keeping one of each card it will keep the prices down in the break and you won't get tremendously loaded down with duplicates!  A win for everybody!

Let's get to the details.  I figure shipping is going to run around $2.50 per team (padded mailer) and since I'm keeping roughly a third of the cards, I should rightfully eat a third of the price of the total of the four boxes.  Alright, here's what we're looking at:
1 team = $4 ($1.50 for the cards and $2.50 includes shipping)

I'm not going to randomize a second team.  I'm hoping I can find enough bloggers to fill out the break.   If you would like a second or third team, then add $2 on for each additional team you'd like to claim.  $1.50 for the cards plus $.50 for the added shipping for each team; I think that's fair.


We're talking 4 teams sets (if collation is good), plus some duplicates, for FOUR BUCKS!  Yeah, you're not going to beat that.

I'm going to start breaking and collating this weekend, but then I'm out of town for nine consecutive days. I hope to everything mailed out before A&G hits the shelves.

Please claim your team below, then make your payment through PayPal to mrcoach00 at yahoo dot com.  Please, select the "" toggle to save me on the fees.  Afterwards, please send me an e-mail to the aforementioned address stating your name, blogosphere handle, team(s) claimed, and address.  Thanks!


Now, I did hold two contests earlier to give away spots in the break.  The catch was that the Cubs had to win the game that I saw during my recent vacation.  They lost in Pittsburgh, but they blanked the Phillies.  So, the thirteen blogger who commented on the second contest post had their names tossed into the dreaded randomizer. {Thanks for the support!  It was nice to see a Cubs' win!}
Let's see who came out on top after the third trial: 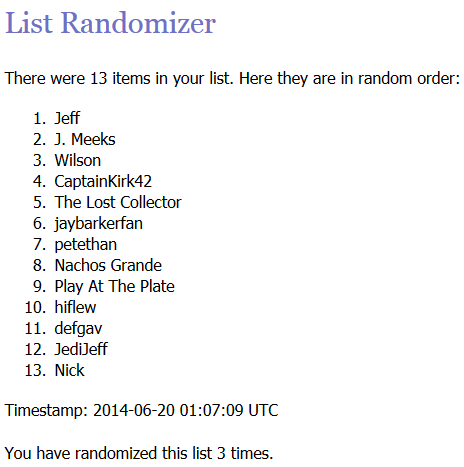 Jeff, from One Man's Junk (Wax), you're costs are covered for one team! Leave a comment below to claim your team.  If you're looking at a second team it'll be another two bucks.

You may notice the Rockies, Marlins, D'backs, and Rays aren't listed above.  Well, the boxes I'm breaking were produced before these teams were part of the league.  Sorry folks.  Also, teams like the Mariners and Blue Jays, who were expansion teams in the late '70s may have less cards than some other teams (e.g. - the Yankees).  Them are the breaks.

For the record, many of the players in the boxes played for many different teams, so the jersey they are featured in on the card will be the deciding factor as to which team gets the players.  Also, all the normal box break stuff is in place for the teams: the Senators will go to the Twins, the Philadelphia Atheltics and Kansas City Atheltics will both go to Oakland, & etc.

So, who's in?  Leave your comments below!