Today we're going to knock out three entire Hall of Fame classes in one post. I think what I like most about this page of players is that I remember each of them during their playing days. I remember Ozzie Smith doing back flips on his way out to shortstop and Eddie Murray swatting homers from both sides of plate. Sometimes my baseball memories from my youth are clearer in my mind than those from this year or last. It's funny how that works. 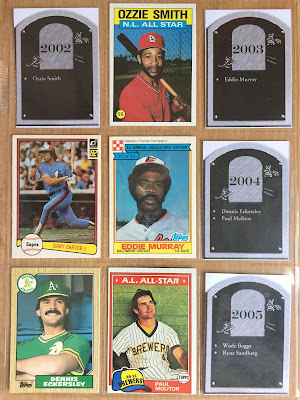 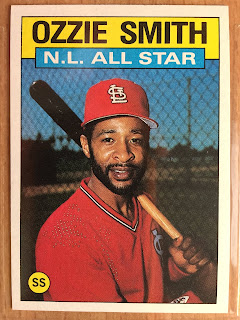 Ozzie Smith is a Hall of Famer, but not for his offensive numbers. Sure, he turned himself into a fair hitter during the second half of his career, but he's famous because of his acrobatic defensive wizardry. Ozzie was elected to fifteen All-Star games and was awarded thirteen Gold Gloves during his nineteen year career. He won the Silver Slugger award in 1987 when he hit 0.303 with zero home runs. Ozzie finished his career with 2,460 hits, 28 homers and a 0.262 batting average. 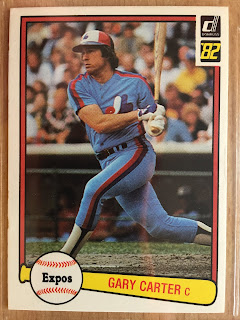 Gary Carter also finished his career with a 0.262 batting average, but hit 324 homers and tallied 2,092 hits. Carter played nineteen years, largely as a catcher, and he was voted to eleven All-Star contests, two of which he was the MVP. He was a stout defensive catcher who has three Gold Gloves to his credit and he also captured five Silver Slugger awards. 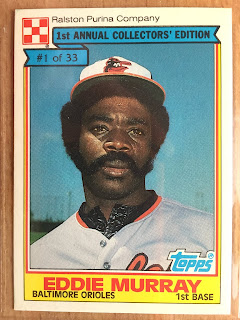 Eddie Murray played twenty-one years in MLB for five different franchises. During that time the switch-hitter belted 504 homers and stroked 3,255 hits while batting 0.287. Did you know Murray is the all-time career record holder with 128 sacrifice flies? I didn't! He won the Rookie of the Year in 1977, was elected to eight All-Star games and won three Gold Gloves and Silver Sluggers. Murray's a member of the 500 Home Run Club, but he never hit more than 33 in any given season. Steady Eddie was truly a model of consistency. 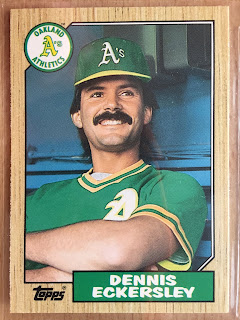 Dennis Eckersley started 361 games in his career and saved 390. Eck won 20 games as a starter with the Red Sox back in 1978, but he won the Cy Young and MVP awards as a reliever in 1992 when he went 7-1 with a 1.91 ERA and 51 saves for the Athletics. Personally, I think his 1990 season was more dominant. That year Eck saved 48 games, had an ERA of 0.61, and struck out 73 batters in 73.1 innings while only walking six. No matter how you look at the six-time All-Star he put together an amazing twenty-four year career. 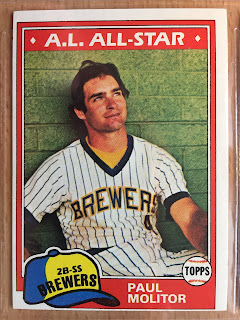 Paul Molitor was a hit machine. If you look at his BaseballReference page and gander at its 162-game projections it works out that Molitor averaged 200 hits per season. In all he finished with 3,319 base knocks over his twenty-one year career. An All-Star seven times over, Molitor was the true definition of a table setter and he was a four time Silver Slugger winner. Nine times in his career Molitor coaxed more walks than the number of times he struck out, plus he hit to the tune of a 0.306 lifetime batting average.

Again, it's fun to reminisce about players one has seen play and that's why I enjoy this page so much. Also, each of these players suited up for at least two different teams during their careers, but I was able to secure cards of them in the uniform they are recognized going into Cooperstown with. That makes me pretty happy!

The Molitor card would be my favorite on this page if it weren't for Steady Eddie. Eddie's sweet facial hair on an oddball brand makes for great cardboard. Which one would be your favorite?
Posted by P-town Tom at 8/14/2019 04:17:00 PM