We're knocking on June's door and I'm absolutely loving it. School is nearly out and I can spend a little of my newfound time writing up HOF posts. I'm still in the middle of a time crunch with final exams this week and a sectional baseball playoff this evening, but I'm starting to get stoked for summer! 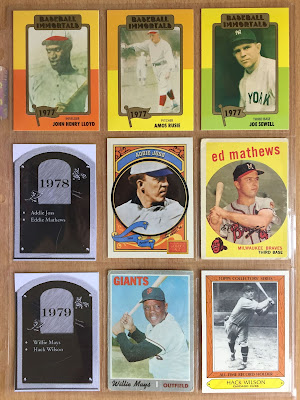 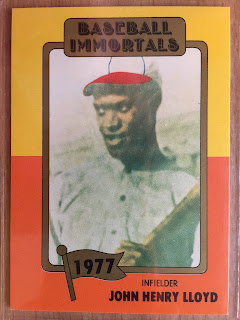 John Henry Lloyd played in the Negro Leagues for twenty-seven years. His plaque in Cooperstown describes him as a "scientific hitter" who batted over 0.400 several times. "Pop" also went by another nickname: "Shovel." He earned that nickname because of the tendency to pick up a lot of dirt in his glove when fielding ground balls. Lloyd is considered to be the greatest short stop in the history of the Negro Leagues. 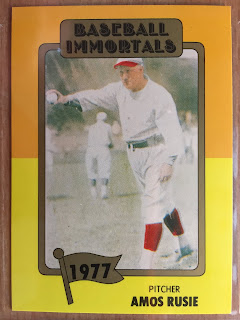 Amos Rusie played nine full years in baseball and amassed 246 wins with a 3.07 ERA during the late 1800s. Five times he led the league in strikeouts and walks and he earned the pitching Triple Crown in 1894. He also logged more than 300 innings in eight seasons and three times he threw over 500 in a single season. Rusie was also a fair outfielder and a career 0.248 hitter with the bat. 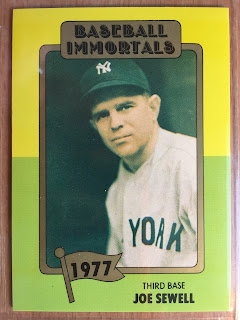 Joe Sewell was a shortstop and third baseman for the Indians (11 years) and Yankees (3 years). Sewell earned MVP votes during seven different campaigns. Overall, he was a consistent 0.300 hitter who was as durable as can be, starting nearly every game during a ten year stretch in his career. He had gap power and twice topped the century mark in runs scored and RBIs, but what catches my eye is base running line in 1927: he went 3 for 19 in the stolen base department! 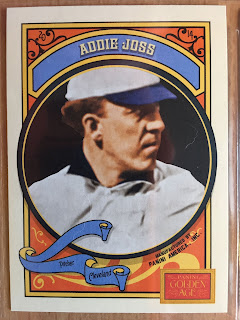 Addie Joss had a brief nine year career, but during that time he went 160-97 with a 1.89 ERA. He is the all-time leader in career WHIP with a 0.968 mark. His highest posted ERA was 2.77 during his rookie year in 1902. The lifetime Cleveland Nap finished five seasons with ERA markings lower than 2.00. Joss died of tubercular meningitis at age 31 and he surely would have pitched longer and been a no doubt HOF inductee, rather than being inducted by the Veteran's Committee. 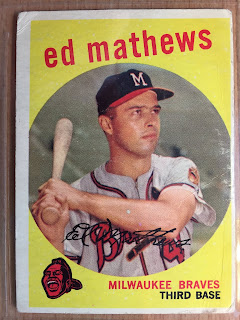 Eddie Mathews played seventeen seasons, fifteen of which were with the Braves, and hit 512 homers. He was an offensive force for years in the National League and he was voted to twelve All-Star games during his career. He career stat lines shows over 1,500 runs scored and over 1,400 RBIs, while striking out only 43 more times than walking. Fun fact: he graces the cover of Sports Illustrated's first issue. 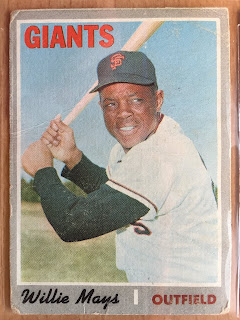 Willie Mays. Rookie of the Year, MVP x2, batting champion, Gold Glove winner x12, All-Star in twenty different seasons, stolen base leader x4, home run leader x4 . . . he even missed a year to military service. Willie Mays was the goods. The only question is where does he fit in your rankings for the best player ever? Mays would be my #1 if Babe Ruth didn't also have a pretty solid pitching career. 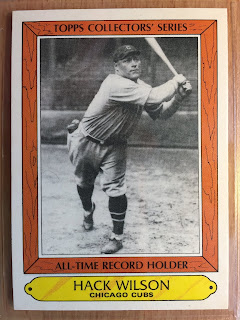 Hack Wilson had five really good years from 1926 to 1930 for the Cubs, which carried him to the HOF. It is said that if could have stayed away from the bottle he would have been one of the best outfielders ever. Wilson was only 5'6", but that didn't stop him from leading the NL in homers four different seasons. He is the single season record holder for RBI with 191 in 1930. That season he hit 56 homers and batted 0.356 and also led the league in walks and strikeouts. Wilson was one of the first true "three outcome" players in MLB history.

The talent on this page is pretty diverse, but it's strong. I'd like to seek out a few replacements for the three 1980 TCMA All-Stars that start the page. Favorite card?  . . . I really love the Woolworth's card of Hack Wilson, but the Eddie Mathews card is my favorite. There's something about fuzzy and rounded corners on vintage cardboard that really makes me smile.
Posted by P-town Tom at 5/29/2019 04:17:00 PM