Somebody at Topps Did Me a Solid

Last year was an unbelievable year to be a Dan Vogelbach collector. I added 180 different cards to my player collection, 71 of which were certified autographed cards.  Crazy!

This year has gotten off to a really slow start.

And then I saw this on an Ebay auction this morning. 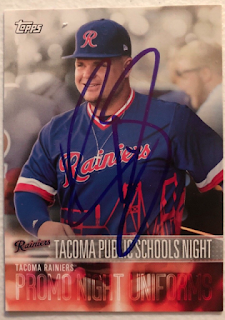 Someone had an in-person auto of a new Vogelmonster card!

I went back to the cardboardconnection.com and realized that is was not a Vogelbach card, but a "Promo Uniform Night" card. No wonder I missed it when I did my quick ctrl-F search. 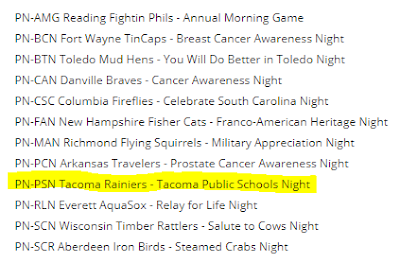 So maybe Topps has it right. Vogelbach probably doesn't deserve a card in a main release this year as a he bounces back and forth between Tacoma and Seattle. (FWIW, he was optioned to Tacoma again just a few days ago. Sigh.)

But, as the title suggests, perhaps I'm on Topps' radar and some said, "Hey, why don't we help that guy from P-town out and throw him a bone?"

Thank you. Thank you! THANK YOU!

So here's what's next on my radar: 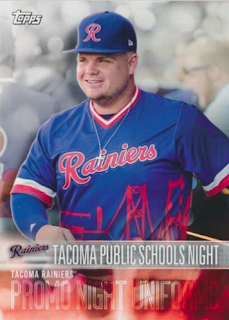 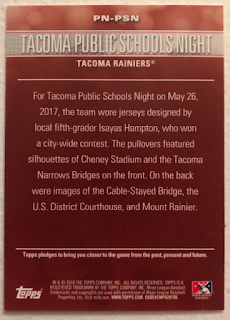 Anyone bust some 2018 Pro Debut and have one of these bad boys laying around?  I'll make it worth your while!

Oh, and much to my surprise I've found there are relics as well.  Behold! 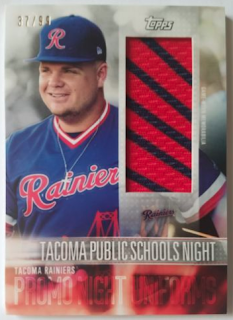 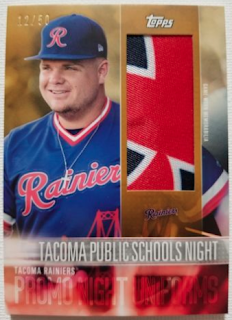