I know. I know. The baseball season is not over yet. We're in the middle of the World Series and I'm hoping for three more contests, as we're tied at 2 games apiece. Go Astros! Go Dodgers!  I don't really have a horse in the race so I'm rooting for good baseball!

This was definitely a down year for me attending professional baseball games. 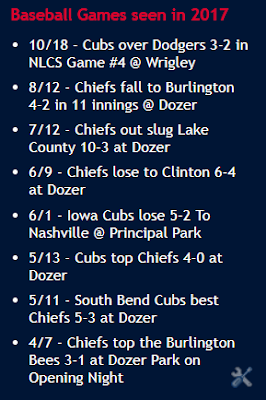 In total, I made it to six Chiefs games in Peoria, one Iowa Cubs game, and Game 4 of the NLCS. I suppose if I was to make it to only one MLB game, then I chose a good one for a Cubs fan. 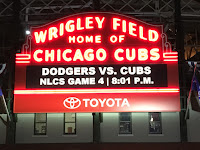 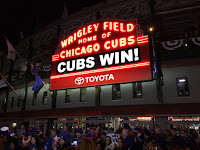 If my records are correct, this is the first summer since I graduated from college (2000) in which I did not attend at least ten ball games. I plan to fix that next summer... Maybe I'll knock off a couple of my remaining MLB stadiums or perhaps I'll do a tour of the Midwest League? 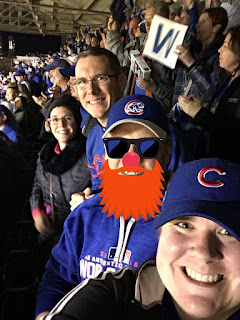