A Pack of Bowman Platinum 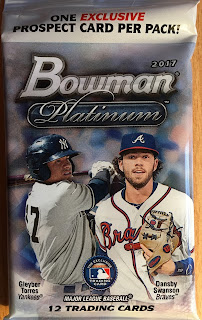 So, I've been tracking down one copy of every Dan Vogelbach card made in 2017 and oddly enough he's in about every product but Bowman Platinum. Why is that odd?  Well, because I think Bowman Platinum is my favorite looking set of the year.  I guess it's ironic is nothing else.

So, let's take a look at how the cards fell from this pack... you know, besides being shiny and just plain gorgeous! 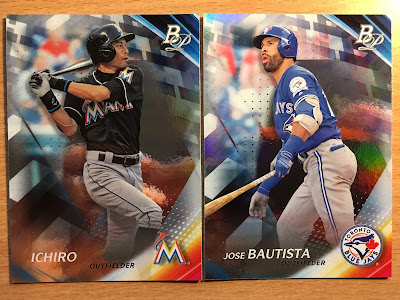 Two aging veteran outfielders... Ichiro seems to be a favorite of many collectors and I actually just found out there's a guy in my subdivision who collect Joey Bats. Crazy small world we live in. 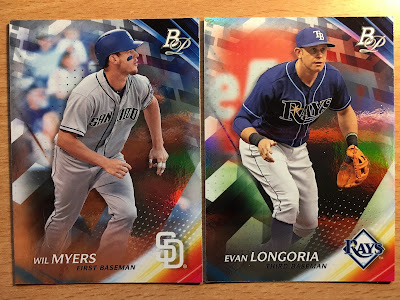 These two are a pair of former teammates. I'm guessing Evan Longoria would go down as the historical face of the franchise if you had to choose one for Tampa Bay. No way Wil Myers is ever doing that in San Diego. #TonyGwynn

These two were both players from the great state of Texas, but then Darvish had to get traded and ruin that. Now he's a Dodger and will face the Cubs sometime in the next week. Ugh.  Altuve... man what a great hitter! I pass on my Altuve cards on most occasions, but this one sticks with me for a change. What a beautiful card! 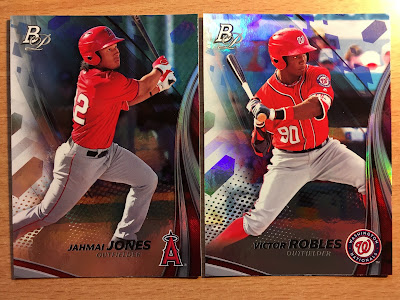 These two guys look to be wearing the same uniform, but alas, they are not. I've never heard of Jahmai Jones, but I know Washington is pretty high on Victor Robles. I'm pretty happy with the Robles pull. 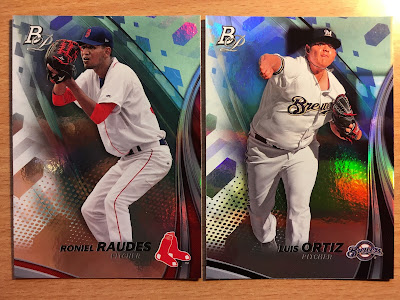 Two young pitchers who I'm not terribly excited about. I like prospects, but neither of these guys put up numbers in the minors that show them making the leap and contributing any time soon.

On to the two "special" cards from the middle of the pack. Isn't Clint Frazier the guy the Yankees called up only to see him break a bone in his MLB debut? I do the like the blue parallel, but this card is not long for my collection. 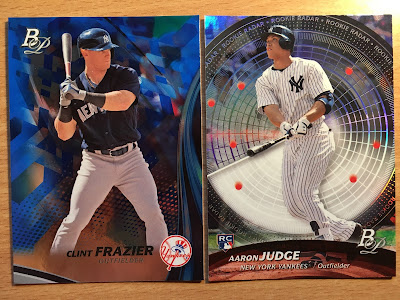 Boom! My first Aaron Judge card. I checked Ebay and once you account for shipping it appears to be a $4 or $5 card. So, I guess I have to go to work on Monday. Bummer.   Either way, it's nice to finally have a Judge rookie card in my collection.