Random, In So Many Ways

I've sent cards to David in Alaska on a couple of separate occasions. He doesn't have blog, but he's solid trader and always sends some really nice cardboard in return. So nice in fact that I always feel indebted to him and must keep an eye out for new cards. This time was no different, although it was certainly a bit more random.

How so?  Well, for starters this yellow padded envelope came unannounced and without a note. I had no idea it was coming, yet here it is with all of it's glorious contents. So, let's dig in. 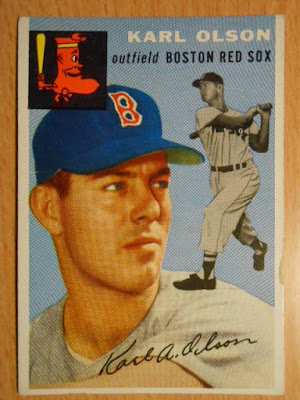 BOOM! My Karl Olson collection is almost complete! The 1952 Topps, red back version, will be the last to fall. 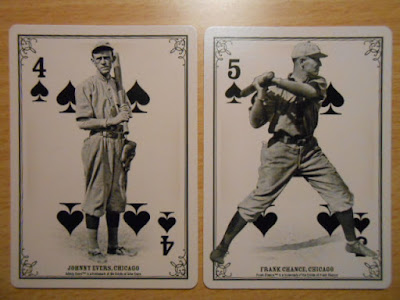 The next best thing to actual vintage are cards with an old-timey feel to them.  The playing cards of Johnny Evers and Frank Chance are from the 2013 Panini Golden Age set. Joe Tinker does in fact have a card in the set and I'll find it before long. 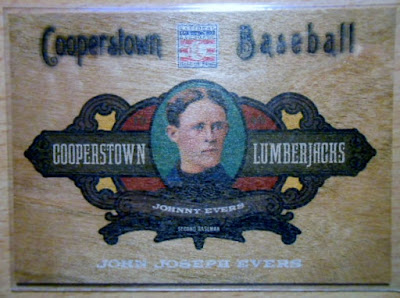 The 2013 Panini Cooperstown Lumberjacks insert set is pretty class.  The front of the card has a faux wood texture to it. Very high class!

More actual vintage!  (The Fleer team sticker isn't vintage, but it'll be stored in the first page of one of my binders with other Cubs team stickers.)  The Ron Santo is certainly a sharp looking card on the front. 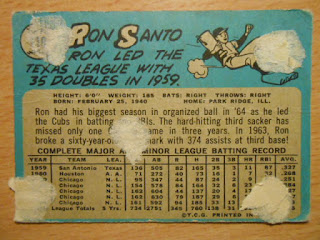 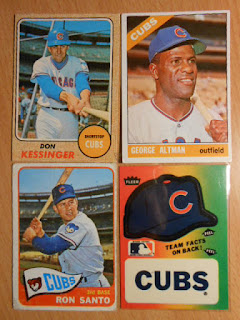 The back? Well, that's a different story. The Kessinger and Altman also have paper loss/addition on the backs. These cards were once proudly stored in someone's collection and now they'll be stored just as proudly in mine! 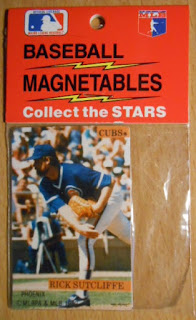 I have the Sandberg magnet from the same Collect the STARS set.  Pretty cool!  I really want to get a mini refrigerator for the man room so I can stick this bad boy to something metal. (And having adult beverages within reach would be cool, too.) 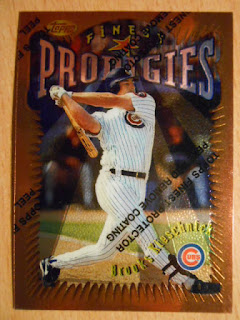 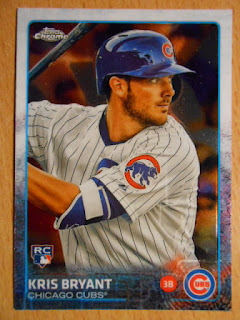 Two Cubs #1 draft picks separated by twenty-one years.  I have a PC of one of these gentleman (left), yet I somehow have almost as many cards of the non-PC guy (right). I don't mind though! 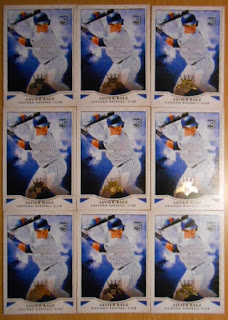 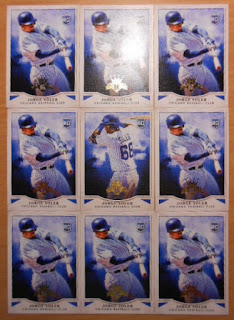 I've been Javied and Solered! The Soler in the middle is a 2015 Diamond Kings photo variation card. 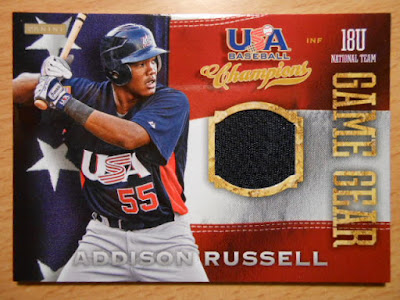 An Addison relic!  I must admit that my favorite Addison Russell cards are with him wearing the USA uniform. 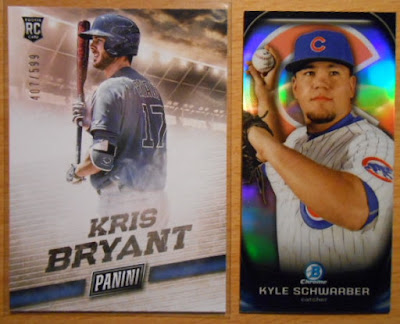 And now we've seen all the young mashers.  I really like how the Schwarber photographed. Shiny and colorful. That's a win-win! 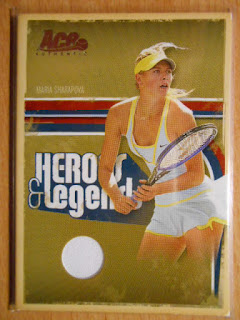 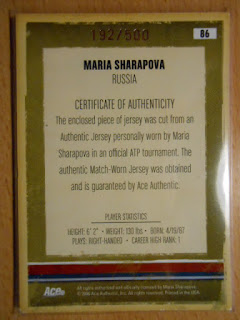 Did you know Maria Sharapova is 6'2"?  Good gracious that's one tall tennis player! This is the first tennis card in my collection and it just so happens to be a relic and serial numbered to 500. Nice! 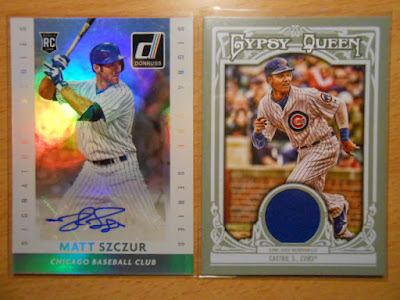 Another shiny and colorful card, but this time it's a sweet Matt Szczur autograph from last year's Donruss set. I already miss Starlin, but the addition of this deep blue Gypsy Queen relic helps a little.

I haven't seen one of these before. 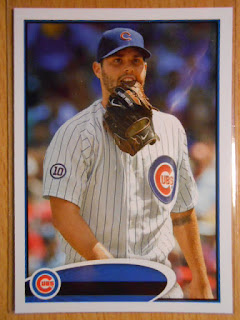 I have probably a dozen of these Randy Wells cards, because I participated in a cardsphere group break when 2012 Topps came out. None of mine are missing the name on the front though. This seems like a very random thing to have missing on a card. 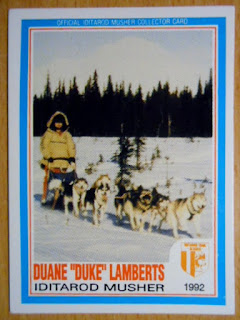 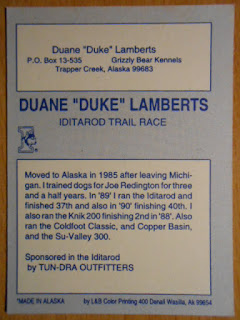 How glorious is that card? There's actually a 110 card set that was put out in 1992 and there are some sets, a wax box, and singles on Ebay. I have mine though and it is tremendous!
What a great way to cap a package full of Cubs and randomness.