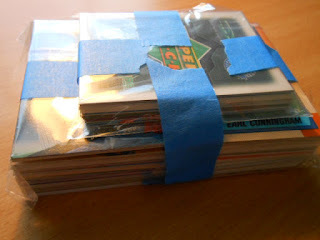 The Super Trader packages are starting to roll in with regularity.  This time Adam, from Infield Fly Rule, blew up my mailbox with just over 170 cards!  Whoa! 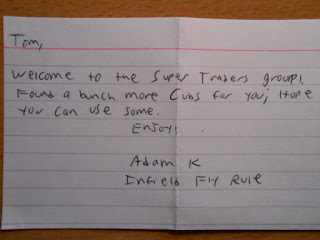 A large majority of them were from my childhood, also known as the Junk Wax Era.  Let's take a look!

My first memories of being star struck by baseball players involved Ty Griffin, Earl Cunningham and Lance Dickson. The aforementioned trio were all #1 draft picks by the Cubs and they all played in Peoria during my middle school years. 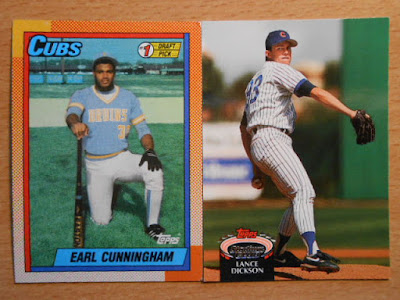 Two of the three made it into Adam's trade package. Nice!

Heathcliff Slocumb!  He had two successful stints in Peoria.  I don't recall the first one, because it was before my family and I started attending Chiefs games with regularity. But in 1987 Heathliff logged ten wins and a 2.60 ERA as a starter. I do remember when came back to P-town in 1989 to start his career as a closer. A 1.78 ERA with 22 saves is a pretty decent start! 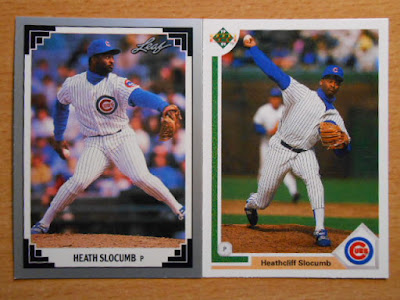 Some day I will make a list of my favorite Cubs and both of these gentlemen will make the list. 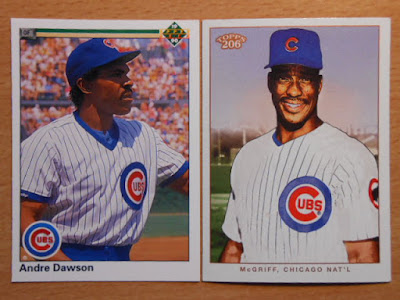 More Cubs who would make the list: Red Bear and Hector Villanueva!  Who doesn't love a hefty back-up catcher with a nice mustache? 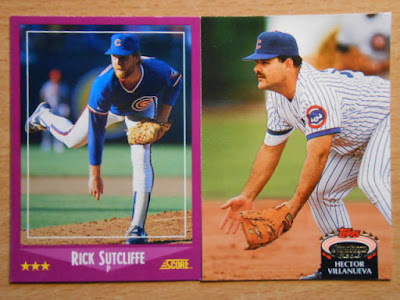 The Bowman International parallel of Brian McRae may be my favorite card in the package. 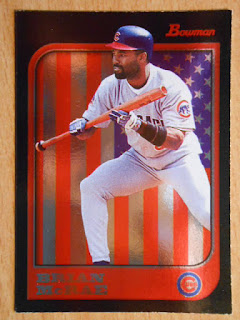 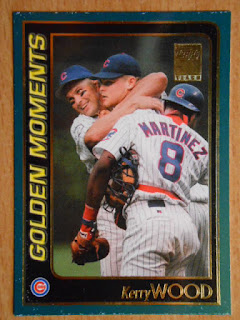 Although, I love me some Kerry Wood.  Especially cards that celebrate his 20 strike out game!

Facial Hair!  Did I tell you that for the first time ever I tried growing a beard earlier this year? 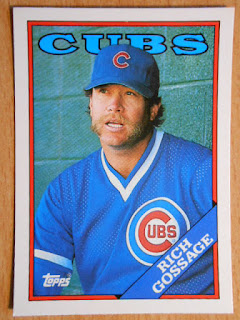 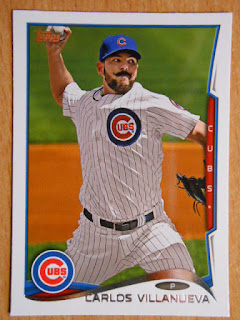 It wasn't nearly as cool as Goose Gossage's or Carlos Villanueva's, so now I'm back to being clean shaven. The Goose card is from the 1988 Topps Traded set and fills a need. The Villanueva is from the Topps Mini set and also fills a hole. Thanks, Adam! 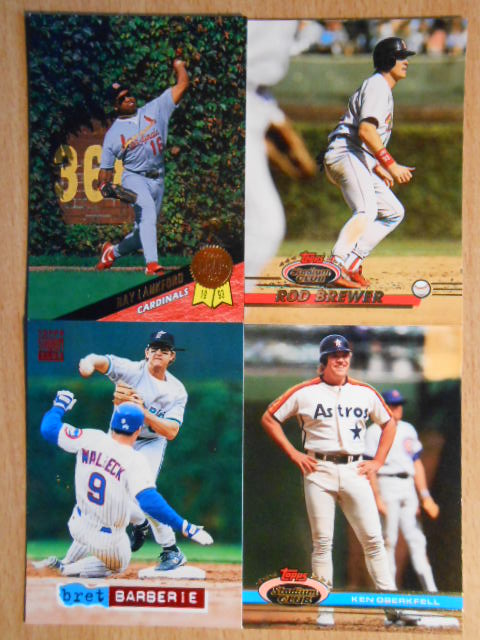 At first I thought Adam was off his rocker when he sent me the above cards of Cardinals and other NL teams. Then I saw a theme.

These six cards had a different theme altogether! 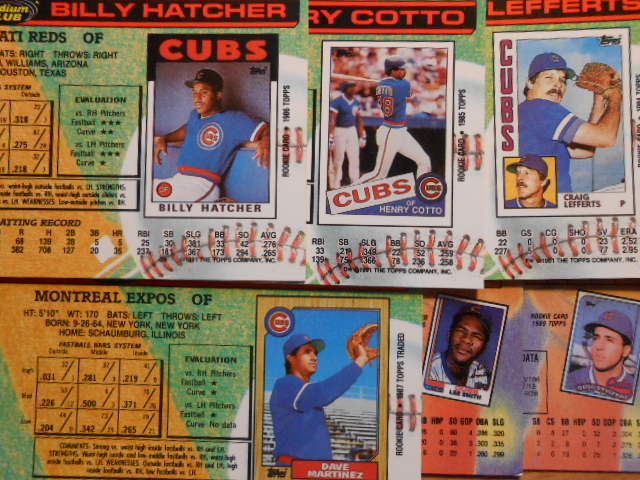 I wish Stadium Club would put the rookie cards of players on the backs again. 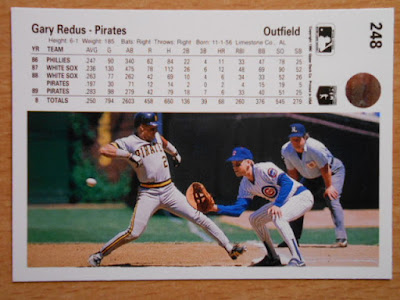 I'm fairly certain Redus is safe in this attempt. I dare say that's a more youthful and slimmer (perhaps less cantankerous) version of Joe West behind the two players. 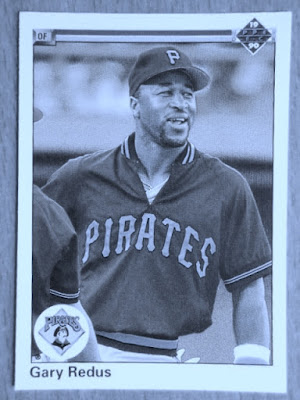 Here's the front of the card.  Look, it's one of those nifty photo negative parallels that Topps is doing this year, but I guess UD beat them to the punch back in 1990.  I hear some guy in Hazel Green is a Redus Super Collector, so it'll be shipped to Alabama before too long.

Thanks for a fun bunch of cards, Adam!  I'll get a package out to you before too long!
#SuperTraders