One of the items in my Cubs Convention goody bag was a calendar. It sports a simple design but it has some nice facts in the bottom margin and each Cubs game is noted. 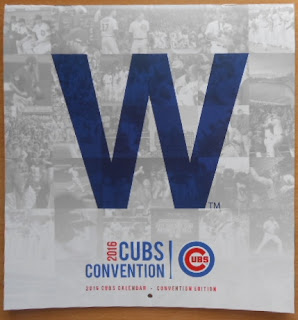 One big change from past calendars is that every player featured in the calendar is STILL with the team! Because of how early printing dates are set this is a pretty rare occurrence. From what I can tell, some of the most recent pictures are from this October. 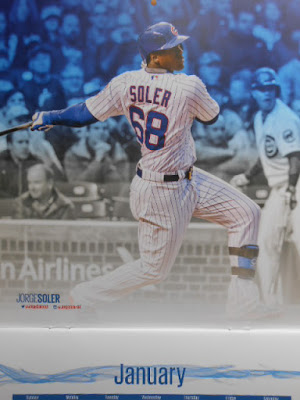 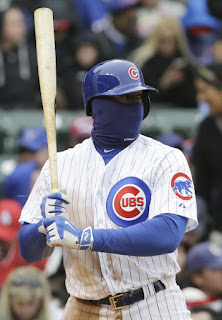 I'm laughing on the inside, because Jorge Soler has been matched up with January. If there is one player that is known for not liking the cold, it is Jorge.  Why else would he dress like a ninja? 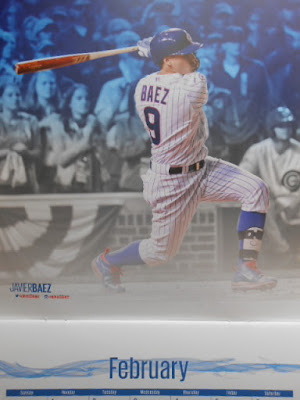 Of the thirteen players in the calendar I figure Javier Baez was one of the last ones chosen. He gets the nod over Chris Coghlan, Travis Wood, Justin Grimm, Kyle Hendricks or Joe Maddon. 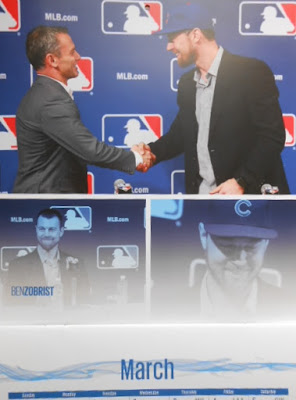 Local boy, Ben Zobrist, and general manager, Jed Hoyer, make an appearance. Zobrist may not be the player he once was, but he'll bring a solid clubhouse presence, position flexibility, and another patient bat to the lineup.  In other words, he's a great fit. 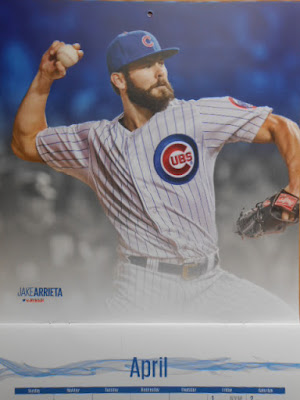 I think it's appropriate to have the Opening Day starter be the poster boy for April.  Good choice. 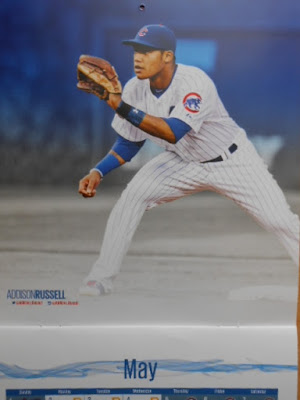 Addison Russell is the one guy I'm worried about this year. I don't want him to be an all-field no-hit shortstop and I think 2016 will be a big year in his development. 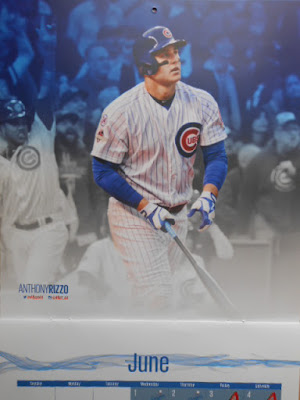 This is my second favorite picture in the calendar. Rizzo doesn't look quite sure if he got all of it, but Starlin, in the background, sure does look confident! 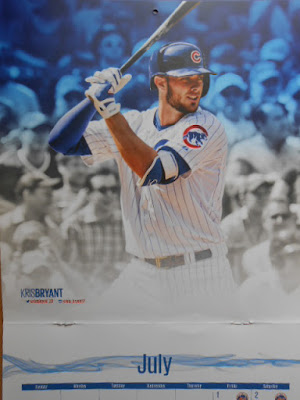 I would love to see a set of baseball cards where everything is black and white in the background and the player POPS out at you like this. I could live without the blue tinting at the top and fading color at the bottom, but it's a solid design overall.  Oh, and yes, that Kris Bryant character makes and appearance. 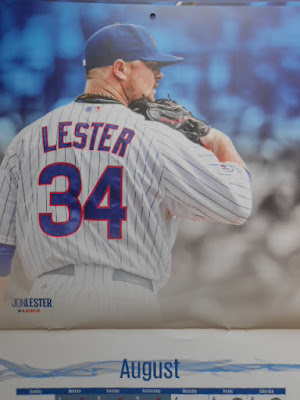 Kerry Wood will always be #34 to me.  But, Jon Lester isn't a bad guy to carry on Kid K's uniform number. 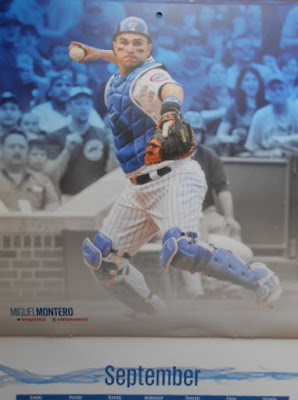 Miggy Mont!  I'm hoping for a healthy offensive season from Miguel. His thumb injury took its toll last year and his production suffered a bit. 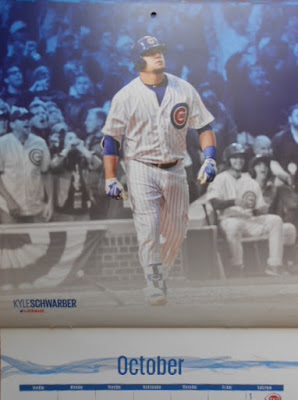 I believe this shot is from the nearly epic homerun Kyle Schwarber belted on top of the Wrigley Field scoreboard during the playoff series against the Cardinals. What a great picture. The bat is just about to come to rest, Schwarber is fixated on the baseball, the fans are beginning to erupt, and the bat boys are having the time of their lives. Great picture!  This picture is my favorite in the calendar and it's not even close. 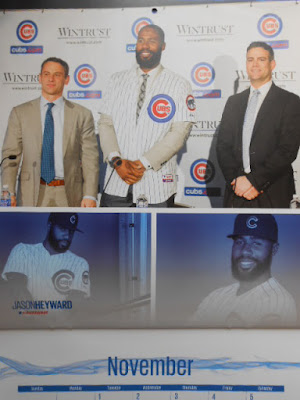 Jed, J-Hey, and Theo!  We paid Jason Heyward a boat load of money when Chris Coghlan could have provided similar offensive production for a fraction of the cost. Heyward can play centerfield and he is on the correct side of 30, but I'm still not completely on board with this signing.  It smells a lot like the Alfonso Soriano signing back in 2006. I hope I'm wrong. 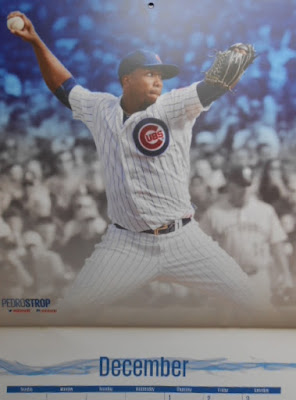 Pedro! Pedro Strop is my favorite bullpen guy and I'm excited that he made the cut for the calendar. 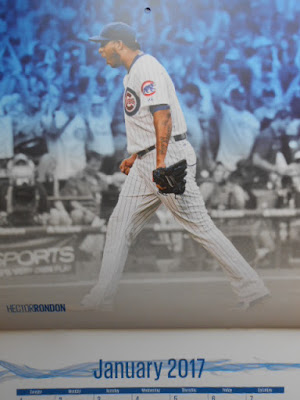 Thirteen months!  Nice!  Hector Rondon is pretty filthy when he's zeroed in.  I suppose it's only fitting the closer gets to close out the calendar.

This calendar is being hung in the office on the main level of our home. I can count the number of baseball related items that exist on the main level on one hand. In 2017 it will find it's way to the man cave downstairs, but until then it will get plenty of use!

Thanks for reading and Go Cubs!