Mr. Stackhouse, he of the Tim Wallach fame, sent me a package out of the blue the other day. I believe I've donated around a dozen Wallach cards over the past couple of years. I never expected anything in return, as I felt a need to help his cause: he's trying to collect every Tim Wallach card ever made. It's a noble and just cause, which I'm happy to support.

Hey, it's a French Penguin! 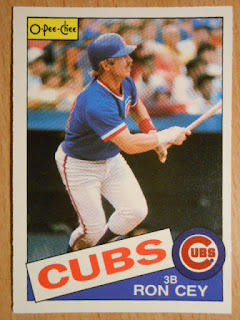 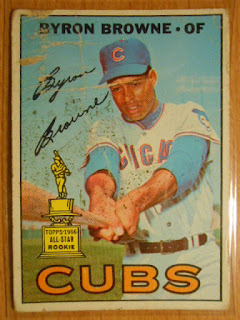 The 1967 Byron Browne card is everything that vintage should be. It has paper loss, rounded and fuzzy corners, a crease, and a wax stain on the front!  Simply awesome! 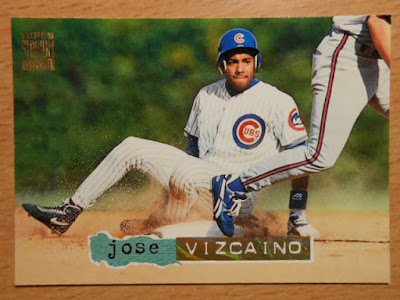 There's always some interesting photos used in SC sets.  Although, I think the Dan Plesac card takes the cake. 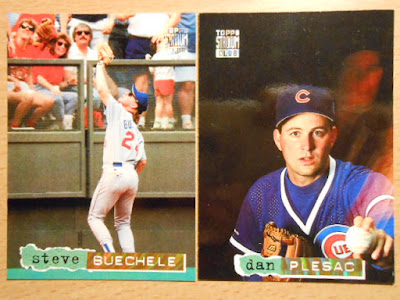 You can make out my camera in the reflection of the card, but what's that in the upper right quadrant of the card? I'm fairly certain Plesac is being haunted by the ghost of his doppelganger. That's a thing, right? 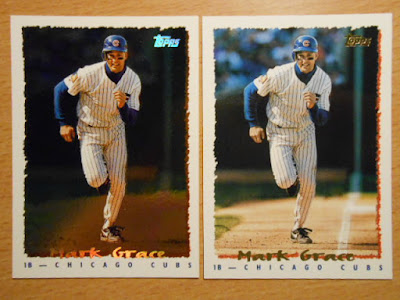 Gracie! On the left we have a shiny parallel of the base card, which is on the right.

Oddballs!  Excellent!  The Super Star sticker is the O-Pee-Chee variety. 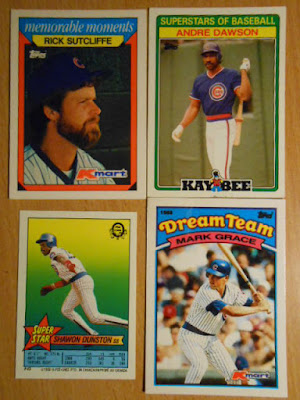 Sparkly catchers! Geo looks like he's down in a three-point stance that a defensive lineman would use. 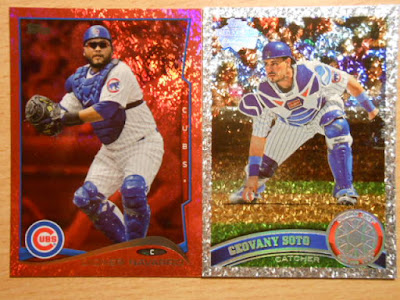 Ryno!  It's an exclusive collector's offer!  I have one of these in my collection, but I love the design and will find a place in a different binder for this one. 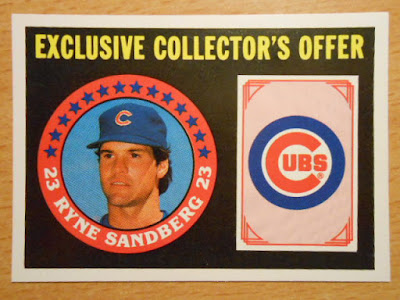 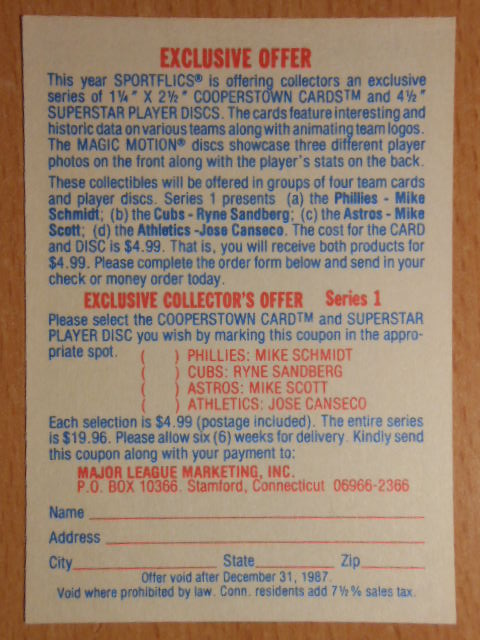 We're just a little bit past the deadline on this one. Bummer.

It's Ernie's birthday today, may he rest in peace. 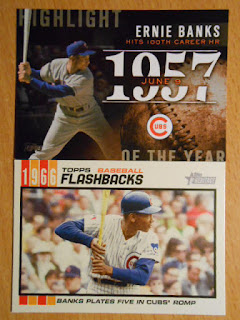 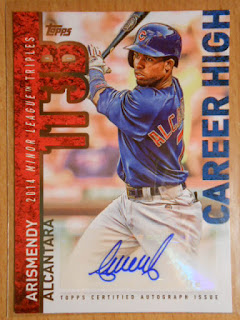 Mendy!  I don't know about Topps issuing career high insert cards in their flagship product, which boast minor league statistics. That just seems a bit wrong to me. If they put this type of card in Pro Debut I would be happier.

Lastly, we have a 2008 T205 Kosuke Fukudome card!  This was my favorite card within the package and it is the 129th unique Fukudome card in my collection. 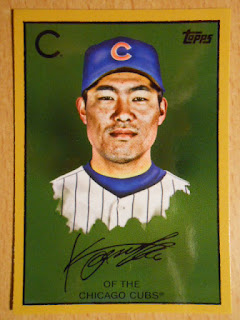