I Also Wish They Still Came With Bubblegum

Jeff hit my mailbox the other with a nice PWE of cardboard goodness. In this case, eleven cards in a PWE seems just like a wax pack, minus the bubblegum. Jeff, you're not the only one who wishes they still came with bubblegum. It still amazes that we can send a dozen or more cards in a regular plain white envelope with one stamp. How is the the post office not throwing a fit about this?

Let's see what was in my wax pack!  First, we start off with a nice oddball of Amazin' Grace. This one was produced after his rookie year, there's no date or manufacturer on the back. I guess anyone can use the MLB logos in production of cards if Topps doesn't know who to sue! 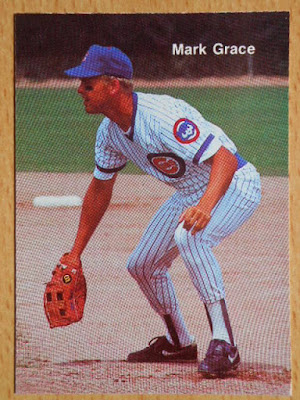 Kid K! Man, I love me some Topps Tek! This is my second KW card from the 1998 set, but the other was pattern #20 and this one is pattern #46. Since twenty was a nice round number I was hoping that was the END of the parallels.  But, no. Seriously?  46?  That's a whole bunch of parallels! 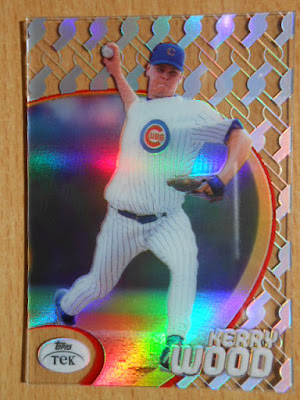 More luscious oddballs and all four are new to my collection.  The SI for Kids card uses a great smiling photo of The Hawk.  Nice additions for sure! 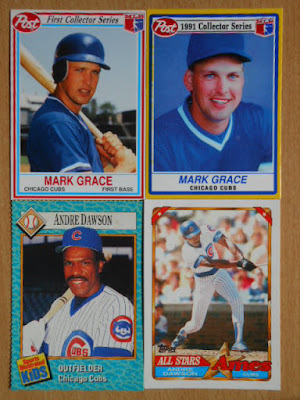 Switching gears, we have some Bowman Draft set help. Woo-Hoo!  Only 73 more chromey cards to go! 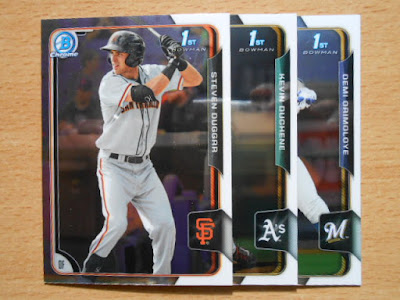 J-Hey! I'm trying not to get too giddy about the Cubs chances this year, because I remember the Cubs narrowly missing the World Series in 2003 AND what happened the next year. Every pundit picked them to win the division in 2004, but the injury bug struck and they finished third and missed the playoffs. 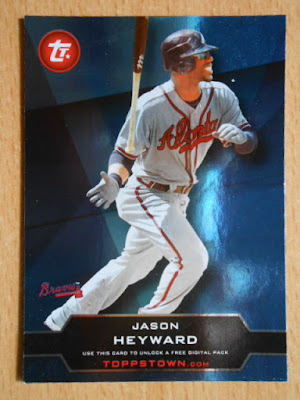 Lastly, we have a nice Panini Contenders card of Harrison Bader. This is my first card from this set, which is one that I would consider building if I wasn't already focused on Bowman Draft. 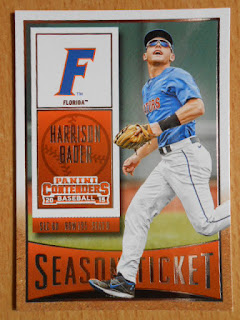 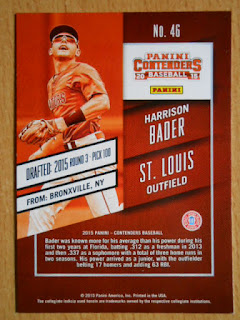 Bader played in Peoria this past year with my hometown Chiefs, a Cardinals affiliate. He provided instant offense to the lineup when he arrived and almost led the team in homers although he had over 200 less at-bats than most of the other Chiefs.  I'll hold on to this one to see if a Cardinal blogger might like it, otherwise it's going to my LCS to be exchanged for some Cubs! I doubt this Bader card would bring back much in Jeff's neck of the woods, but it should fetch a nice return here in P-town!