I had a LARGE stack of Mets cards and I found a couple of Mets bloggers willing to make a swap. Yes, I had to put my Mets feelings aside. Saying that the Mets are not one of my favorite teams is probably an understatement. We're talking about the 1969, Ron Santo's toupee catching on fire at Shea during the national anthem at Shea Stadium, and then Daniel Murphy in 2015.  Sigh...

Justin, the proprietor of Mets Cardboard, seems like a really nice dude. Yeah, he cheers for those Metropolitans, but I can't fault him for that. We all have our favorites and every Jedi needs a Sith.  Right?

Besides, Justin is a man after my own heart: he is one organized collector and one heckuva a trade partner.

Let's take a look at the cards he sent back my way! 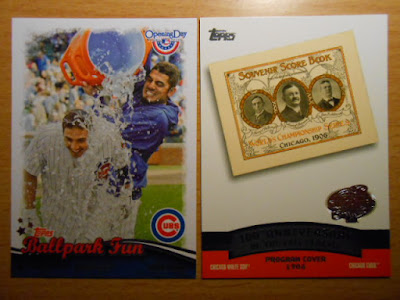 Ballpark Fun with Darwin Barney and Matt Garza. I hope there's much more of this type of celebration at Wrigley in 2016.  The card on the right talks about the 1906 World Series. 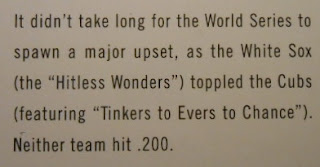 The above and below pictures are from the back of the card. Here's to hoping they make JediJeff happy!  I don't mind showing a Cubs World Series loss, because they did win in 1907 and 1908. 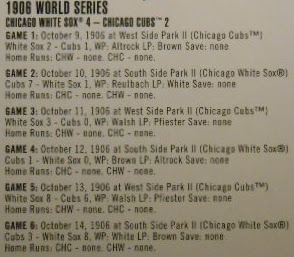 Here are two of my favorite Cubs from my childhood. Alfonseca had six fingers on his throwing hand and for whatever reason that has stuck with me all these years. Glanville has made a nice second career as a baseball analyst and writer. 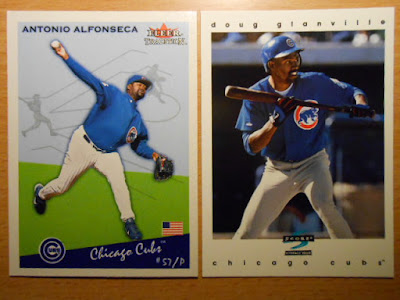 The Rich Harden card has the old school Topps logo in the corner and is made of different vintage like cardstock. I'm going to try to get this one into the Cubs FrankenSet. 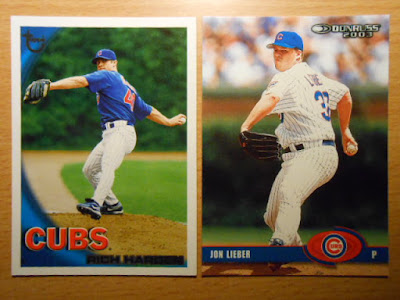 Lieber's career was way underrated in my opinion. When people think about the starting pitchers the Cubs had during the early 2000's there was some great talent (Wood, Prior, Maddux, Zambrano, Clement), but only Lieber won twenty games during those years.

Maybe I've mentioned that a week from now I'll be in Chicago at the Cubs Convention? 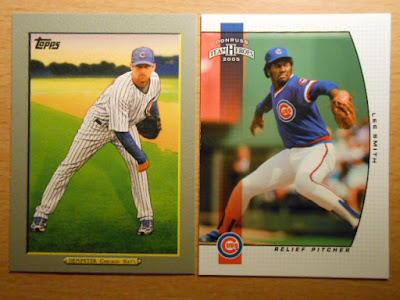 The Dempster is a beautiful card and would look great with an autograph on it. The Lee Smith will make the trip with me, too. 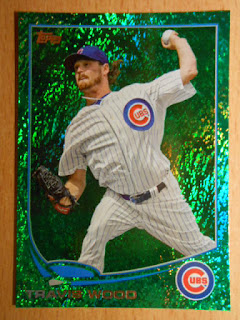 An emerald parallel of the Cubs lefty swing-man?  Yeah, I'm taking that one also!

How about some sluggers?  Good luck in retirement Aramis! 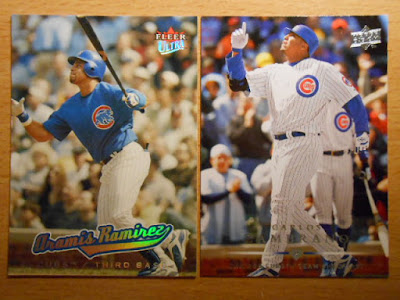 Don't laugh, Big Z could swing the bat a little bit. He won the Silver Slugger three times and had twenty-four career homers. 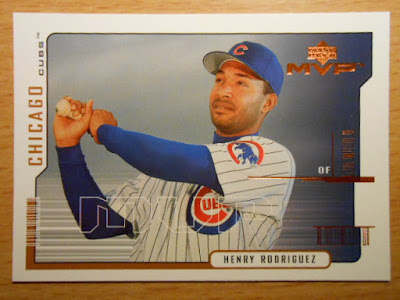 When this guy would hit them out at Wrigley the bleacher bums would throw Oh Henry! candy bars on the field.  Good times. 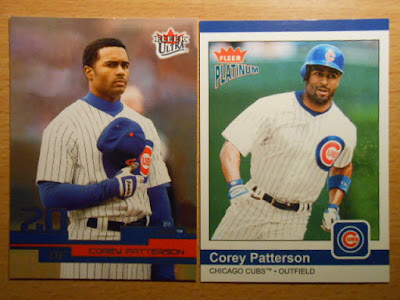 I will always remember Moises Alou as being the guy to pee on his hands, because he said it helped him grip the bat better.  Um, you should have tried batting gloves, Moises. 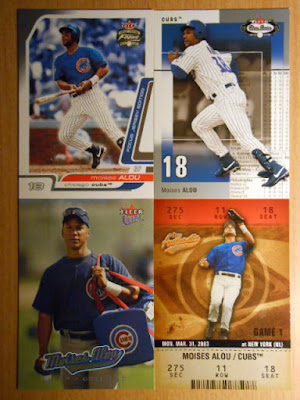 I wish the Cubs had some young stud pitching talent knocking on the door to the majors right now. 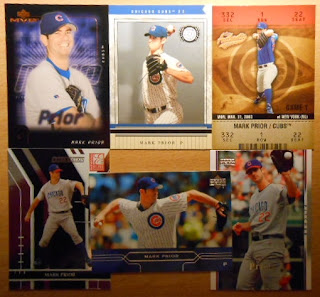 I remember when Prior and Wood knocked on the door and then pushed right through it to dominate the National League in their rookie years. 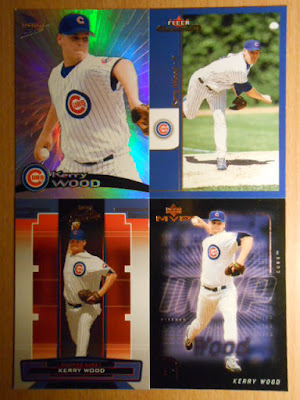 Speaking of Kid K, the above four filled gaps in my Kerry Wood collection, which is now at 435.