Everything is right in the world again. I received a package from Wes the other day and it was filled with his classic offerings. The cardsphere feels complete again.

Let's take a look at my favorites from the multiple team bags that our favorite JayBarkerfan sent my way.  Hold on, folks! This is going to be a very picture heavy post!

Wes always sends some cards along for my player collections. Wait, is that a mini shiny blue Vogelbach?  I think I may have swooned a little bit. 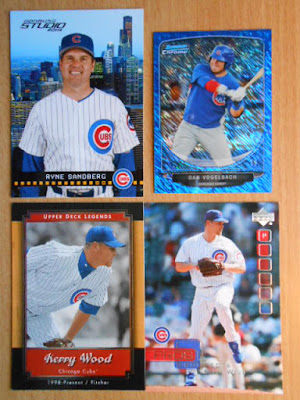 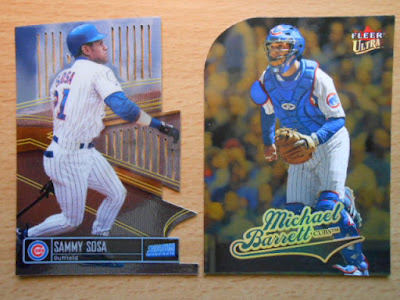 Parallels?  Check.  I think I'll try to get the Arrieta signed at the Cubs Convention this weekend. 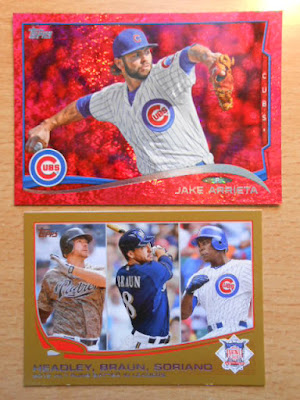 More parallels and serial numbered cards?  Check.  I love those Upper Deck Electric Diamond cards from the 90s. Frank Castillo is on the base paths, watch out world! 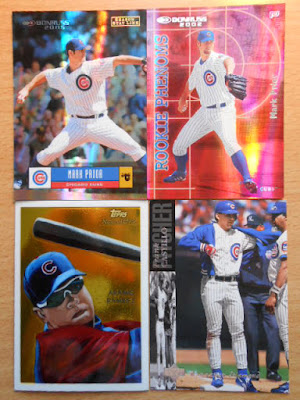 Question of the day: Who will have the more memorable Cubs career? Gary Scott or Logan Watkins? I'm hoping Logan Watkins does, but if that's true, then that means some injuries hit the middle infielders of the 2016 Cubs. 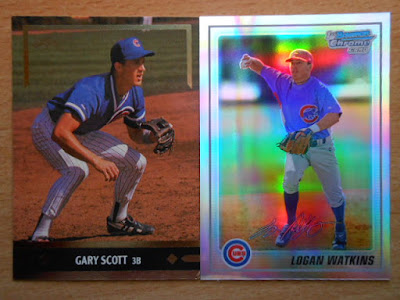 Here are two of my favorite sweet swinging firstbasemen: DLee and Amazin' Grace. 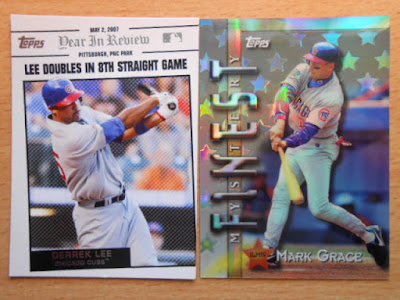 Starlin!  Don't you just love how Topps beats a picture to death? 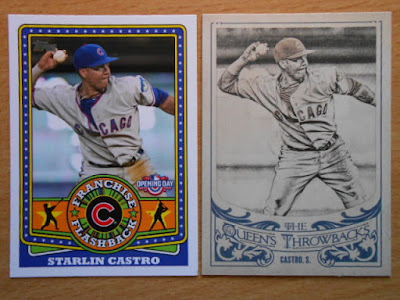 I just saw one of these on Tony's blog the other day. Rising Stars and SuperStars! Here's another SuperStar from the Score set and also my favorite Dawson card that's been produced in a long time.  That's just a great looking picture! 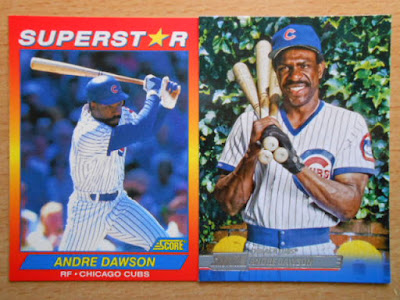 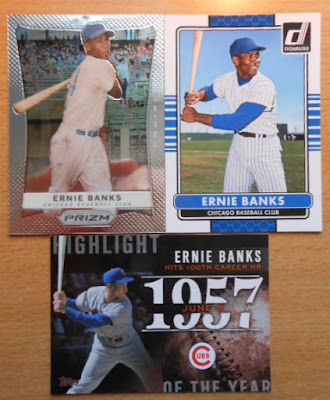 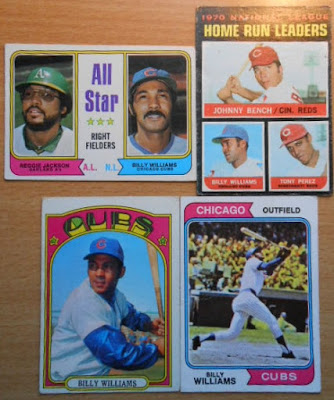 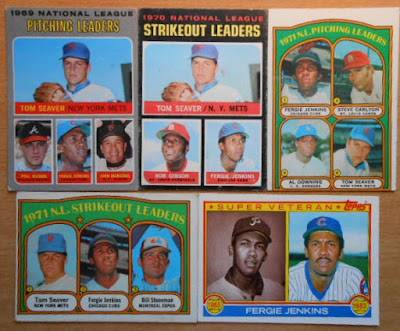 More Fergie!  Look at the stirrups on the left and the collar on the right.  Wow! 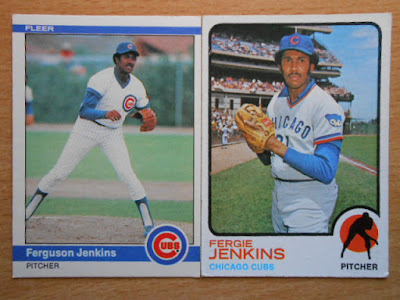 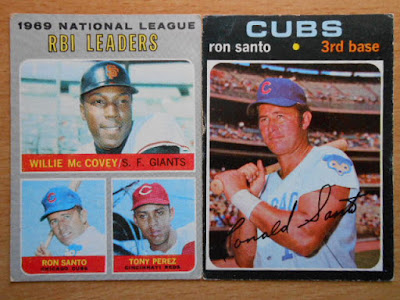 Bruce Sutter in a warm up jacket and one with him holding a bat. Just fantastic! 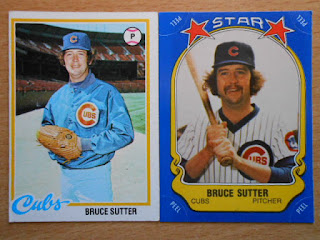 Rick Reuschel was a good pitcher for a good long time, and he was pretty under represented in my collection until now. I can always count on Wes to fill the voids. 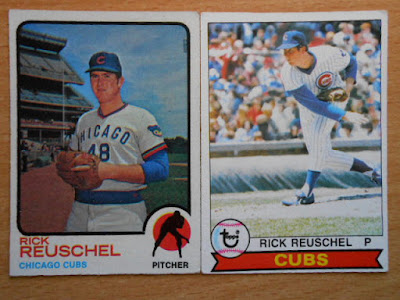 A couple of more Cub standouts in Bill Madlock and Big Lee Smith. 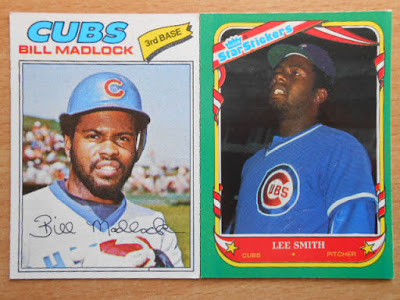 Miscut madness and a cracked Kellogg's card?  This package has everything! 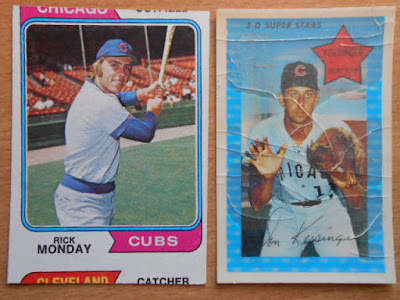 I remember craving this Shawon Dunston card (below) when I was a young collector. It's amazing Topps could do these draft pick cards considering PhotoShop had not been invented yet. 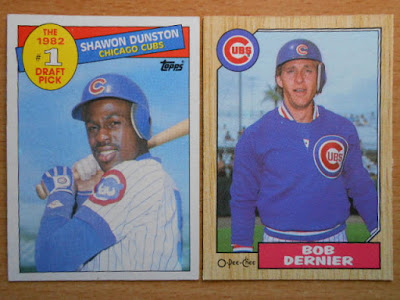 No respect.  The Cubs won the World Series and Ty Cobb is the headline?  Hmph. 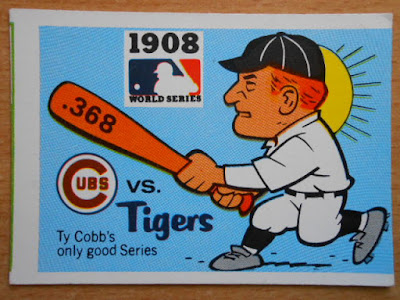 Here's the back of the card for those who are curious. 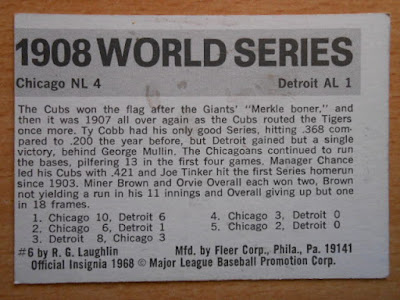 Autos?  Would it be a JBF package without some high end cardboard? Nope! 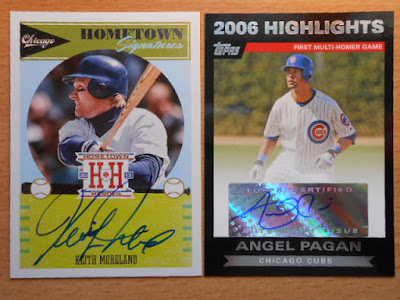 I really like the Hometown Heros concept and I hope Panini brings it back.  I have a feeling the Angel Pagan auto would probably amount to case hit or something along those lines back in 2007.

Justin Steele . . . excuse me as I wipe a little drool from the corner of my mouth. 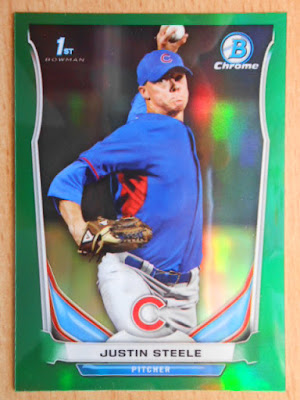 He is a tremendous athlete, left-handed, and he has a pretty good arsenal of pitches. I would like to see him get 25+ starts this year and then be ticketed for AA in 2017.  He has the makings of a middle of the rotation guy and I'll be cheering him on! By the way, not only is the card shiny and green, but it's serial numbered on the back as well.  Wes, you rule.

Rondell White was a nice hitter and a good person.  A Red relic? That's a bit different, but I won't argue because my relic box could use a little red spinkled in. 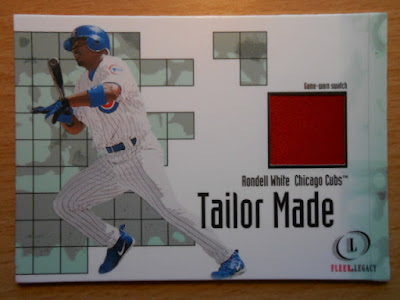 This card is so sweet! It's a shiny Topps Gold Label bat relic card that celebrates Billy Williams rookie of the year award in 1961.  What a great looking card! 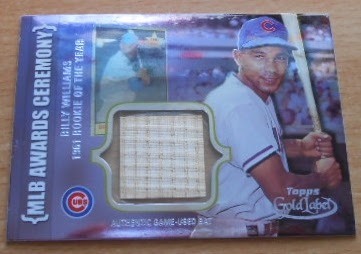 And the best for last...  Seriously, this was my favorite part of the package.  Just look at those names! 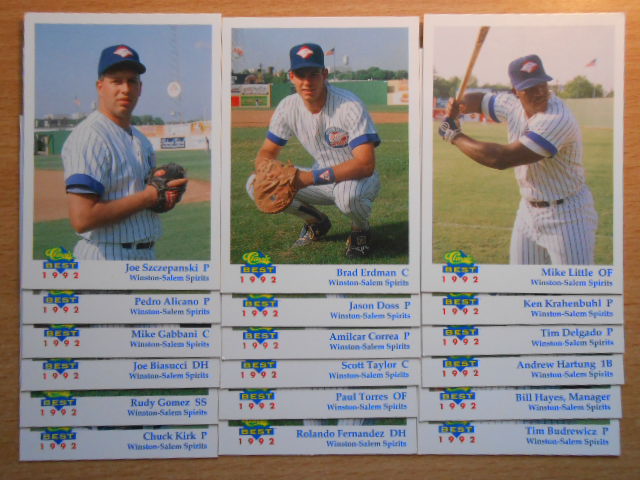 Yes, I know.  None look familiar to you, but they do to me.  About half of those guys played in Peoria back in 1991, between my seventh and eighth grade year. Cardboard that takes me back to my childhood wins.  Every. Time. 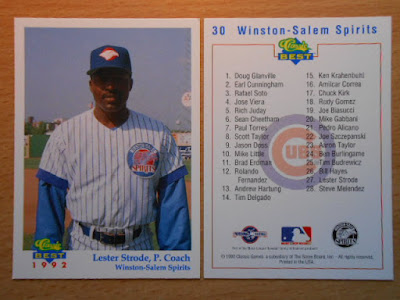 Lester Strode!  Woo-Hoo! This is my first card of Lester in my collection!  He is the Cubs current bullpen coach and an overall great guy. He can be seen tossing balls to fans down the left field line at Wrigley from time-to-time.  I hope I bump into Lester at the Cubs Convention this weekend. This card needs some Sharpie on it!

Wes doesn't usually included non-Cub cards in my packages, but when he does it usually has a purpose.  Redus is a known favorite at JBF headquarters, and he has sent this card with a message.

Yep, I've been bombed.  I guess I'm #5 in this shipment of bombing, or maybe this is the fifth bombing my mailbox has suffered?  Nah, I think I've survived something closer to one hundred thirty-two bombings over the last few years.  No, that is not an exaggeration. 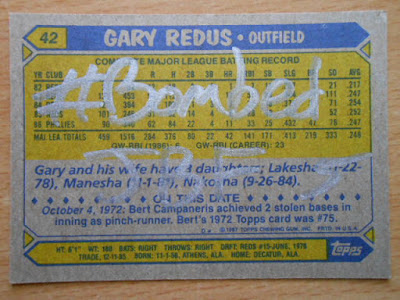 Wes, as always, you have outdone yourself.  There were seven cards which made it into the Cubs FrankenSet AND two of those filled holes where there was not a card previously. And, the Lester Strode card had me doing cartwheels all by itself. (I'm really a simple man with simple pleasures.)

I've been saving a few items for you and they'll find their way to the post office sometime this spring. I'd send them now, but now I need to make sure this mailing packs more of a punch.