The blog has been running on autopilot for the last ten days, because my wife and I went on a much needed vacation during the holidays. We spent Christmas Day and New Years Day in airports and on the road, but it actually wasn't all that bad as most everyone we came in contact with had a bit of holiday cheer to share. The days spent in between were in Prescott, Arizona, which ironically, were about as cold as P-town.  So much for getting away to a warm weather destination!  We spent the week with my in-laws in a relative's house while he was back home visiting his immediate family.

We made terrific use of the local parks and recreation sites in the area by partaking in some running, hiking and boldering.  As an added bonus, my wife and I may or may not have gotten lost within the parks during the trip.
The terrain is so much different than the corn and soy bean fields that are omnipresent in central Illinois, so we made sure to go out at least once a day to soak it all in. If you know the area around Prescott, then you know the beauty of Watson Lake, Willow Lake, Goldwater Lake, Lynx Lake, and Thumb Butte.

Prescott is known as being Arizona's Christmas City, for being the home to the world's oldest rodeo, and for it's historic downtown district featuring Whiskey Row.  I didn't partake in any whiskey, but I did enjoy a few brews with my brother-in-law. 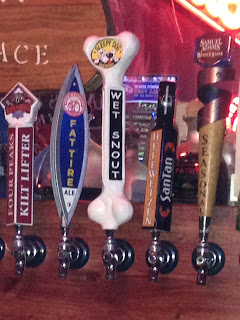 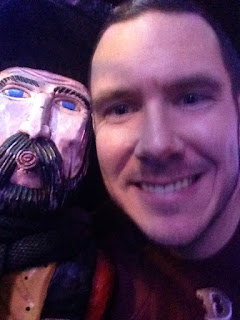 Wet Snout. A wet snout typically mean you have a healthy dog, but in this case it was my favorite adult beverage on the trip.  I don't take many selfies, but when I do I like to take them with unique characters.  A five foot tall cowboy statue carved out of wood is pretty unique!

It was great to catch up with Laura's side of the family.  Her little two-and-a-half year old niece is quite adorable. 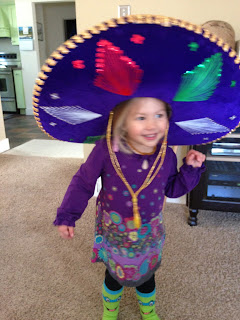 Is there anything better than large hats on small children?

On New Year's Eve we meandered downtown through the chilly night to watch the boot drop.  It is similar to watching the ball drop, but this certainly had more of a western feel to it. 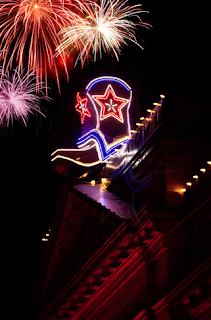 On the way home we had some time to kill in the airport and we were lucky enough to run into Matt's Big Breakfast again. I've eaten at the Phoenix location once and this was my second time visiting the Sky Harbor International Airport location. 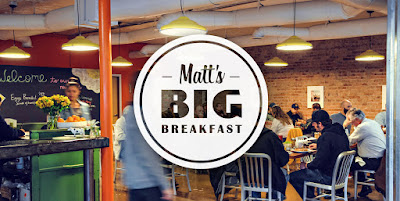 Overall, it was a fun trip.  Yet, it's nice to be home again even if school starts back up tomorrow.  So it goes!