Freebies with an Ebay Purchase

While slowly picking off Dan Vogelbach cards this year I've been occasionally surprised by the generosity of Ebay sellers.

My most recent package arrived a couple of days ago and the card I was looking for was buried between free cardboard! 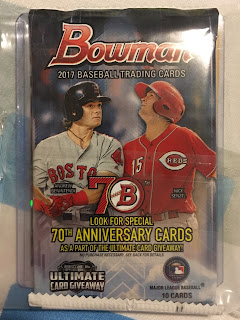 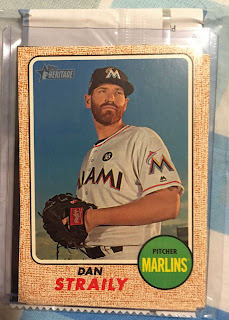 A pack of 2017 Bowman was on one side of my card and some Topps Heritage was on the other.

I, like most, am a fan of free cardboard. On two separate times this summer the seller has included random Seattle Mariners singles. You know, because if I am buying a Vogelbach card I most obviously love all things Mariners.

Um... no.   Each time it was a nice gesture, but those Mariner cards have all gone straight into the trade box.

There was nothing special about the bonus Heritage cards. 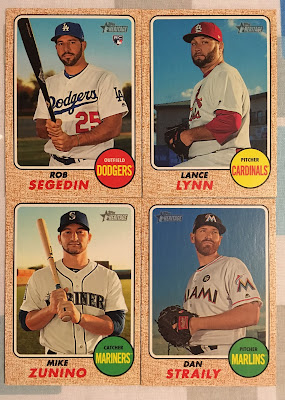 I've only ripped one Bowman pack this year, but oddly enough I think I have the Cubs team set already. More on that to come in a post early next week. Here's the pack of Bowman pictured in pairs. 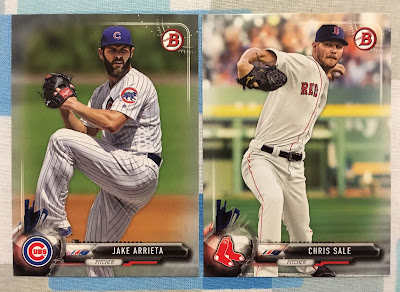 Not a bad start here. The Arrieta card is a dupe for me, but a Cub in a pack is always a good pack. Chris Sale is a stud.  This pack is starting off nicely. 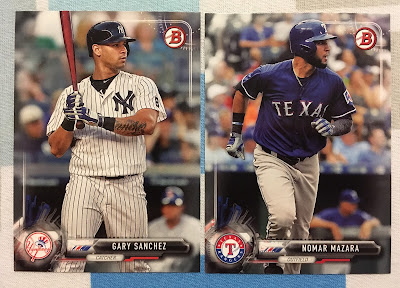 What do Yankee fans call Gary Sanchez?  Isn't he the Kraken or something? Mazara is still young and loaded with potential. 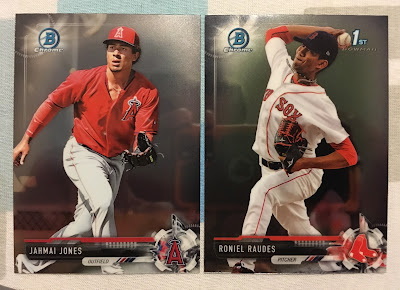 The chrome cards were kind of meh. Jahmai Jones is one of the Angels' two top prospects, but their farm system isn't exactly stacked. I don't know much about Rniel Raudes. But, I do like alliteration. 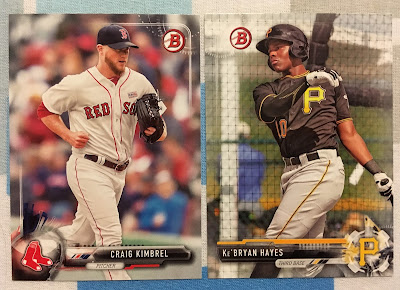 Craig Kimbrel dominated hitters in 2017. He was really, really good. Ke'Bryan Hayes is the son of former major leaguer Charlie Hayes.  So, yeah, there's that. 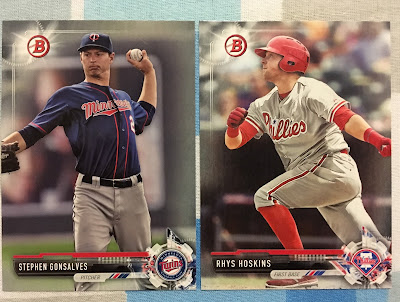 I had Stephen Gonsalves on my farm system in one of my fantasy leagues. He has potential and maybe the Twins will give him a shot in 2017. The Phillies finally unleashed Rhys Hoskins on MLB pitching in August and you have to think Philadelphia's fan base was glad they did.

Not a bad pack overall. There wasn't a big hit, but it was fun and appreciated. I tip my cap to you, Mr. Ebay seller!

Oh, here's a sneak peak at the card stashed in the middle of the free cards. 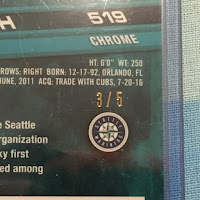