AREA 40: Dishing Out Some Coin

This post might be a few weeks overdue, but I prefer to think I've let it age to perfection.

Wes is building a LARGE stack of packs to bust on his birthday next spring and while doing so he's been holding little contests with each update.

I happened to win one of the contests and I came away with a 1996 over-sized All-Star set from Upper Deck. 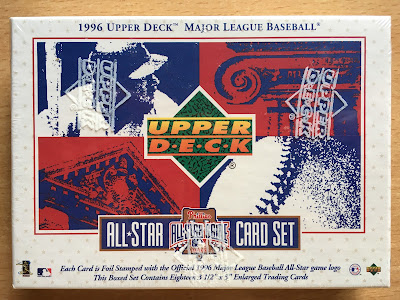 Taking a look at the back I believe eleven of the starters have been elected to the Hall of Fame. 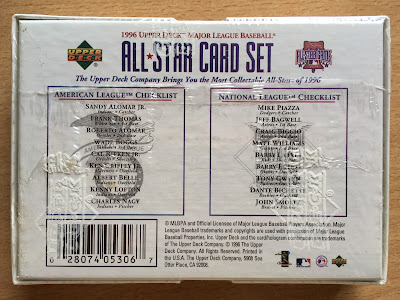 I have an unofficial goal of owning a set of baseball cards to represent every year since my birth year. This prize will fill the 1996 vacancy nicely!

As Wes is wont to do, he added in a bonus. 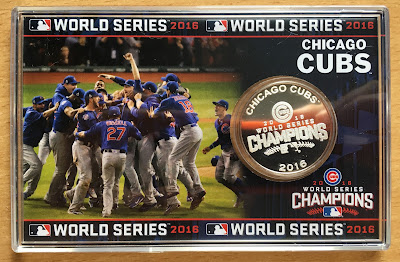 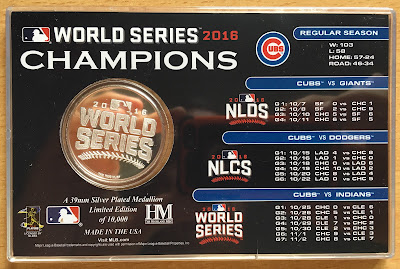 How 'bout that? Although I should have assumed a commemorative coin existed I actually didn't know about it until it landed in my mailbox. "A 39mm Silver Plated Medallion Limited Edition of 10,000." Super cool!

I've placed all my most prized Cubs memorabilia in display case. Can you find it? 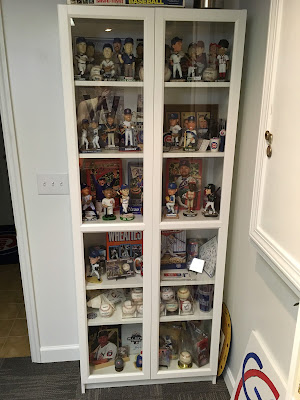 Right next to Wheaties box! 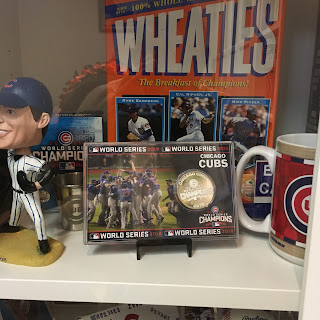