The Collective Mind is where baseball set want-lists go to die. I'm not sure there's another blogger in our community who is as set focused and driven as Greg. He is tremendously organized, which just makes it that much easier to find something he would like.

Recently, GCA contacted me about some Pacific Cubs cards from 1994. I'm always up for expanding my Cubs boxes and so we agreed to a trade to benefit both parties. (You can see what I sent Greg by clicking here.) 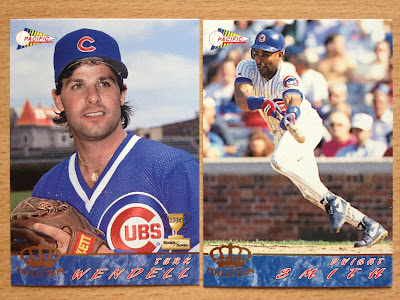 There were twenty-three Cubs from the Pacific set included in the trade package including a new-to-me Turk Wendell card for the Turk PC and this sweet drag bunting action shot of Dwight Smith. 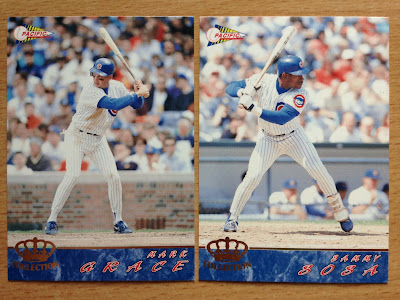 Gracie and Slammin' Sammy carried the Cubs back in those days and it was nice to see them included. 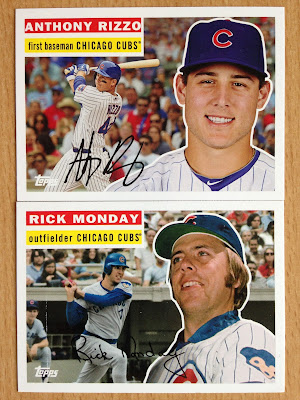 Thanks to my season ticket holding friend, Jeff, I have the complete set of the giveaway cards, which was spread out over four different home dates. Now I can place some of these wonderful cards into binders while still keeping the set together! 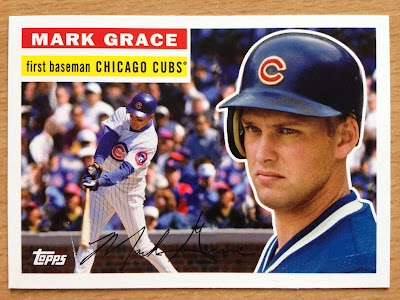 There were many cards of Grace and his wonderful smile made in the 90s, but I don't recall seeing any with such a stern look upon his face.  I can just imagine what he's thinking: "He wants me to bunt? Doesn't he know I'm the slowest guy on the team?" 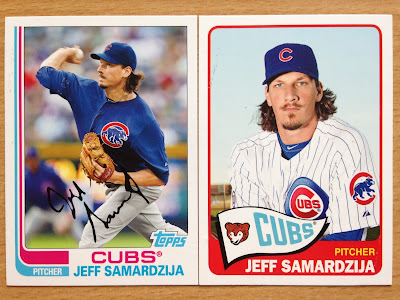 Samardzija was still one of the Cubs "core" pieces back in 2013, so it's no surprise he received a couple cards in the giveaway set. Shark, Travis Wood, and Edwin Jackson were the anchors of the pitching staff. Yes, Edwin Jackson. Yikes! 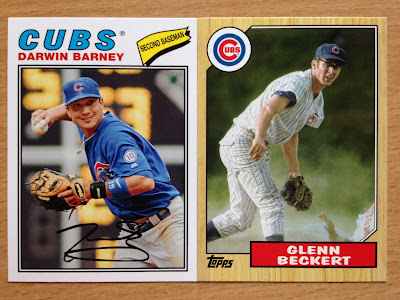 I wonder if there's a Darwin Barney super collector out there who needs this one?  If so, speak up! 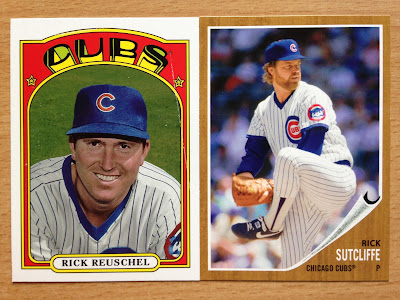 I really like the Archives feel to the set, especially with seven different designs represented among the nine cards. Variety is good! 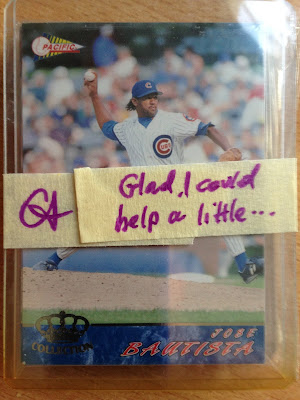 And help you did!  Thanks for the sweet trade, Greg!