Digging Out from a Mailer

Kerry, the great mind behind Cards on Cards, has become my dumping ground for all cards of Cardinals.  I sent two packages to all the #SuperTraders last year to help me pare down my collection and all my Redbirds found a good home with Kerry. He sent me a padded mailer last week, and oddly enough, the contents looked really familiar to me. 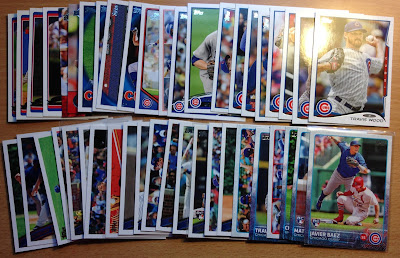 Except for one glaring detail... no longer were the cards predominantly red, but instead they were now of players wearing blue. 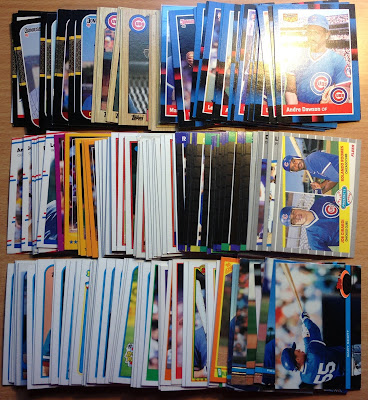 Magic?  Yeah, I think that's exactly it. Magic. I wish I had the power to turn all my Cardinals cards into Cubs cards. That would be a fun trick.

There were lots of cards in this package and many of them filled holes in my Cubs collection. I only have about a handful of cards from the 1986 Fleer set. 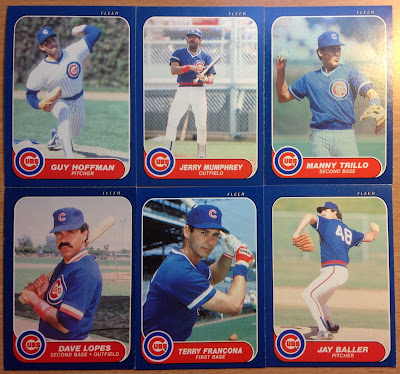 I'm still missing most of the team from the base set, because five of the six above are from the Update set. Ha!  It's a rare day when I complete an Update team set before the base team set.

I always like the glossy All-Star insert set from Topps, and I kind of wish Topps went back to it instead of placing the All-Star players in the update set.

Here are three of the Cubs greats I grew up watching. Check out how I have them all lined up at the top. Now look at the bottom. Nope, that's not an optical illusion. All three of them are different lengths and the Dawson is a different width than the other two.  Weird.

Greg Hibbard was a an average pitcher, but Flair was a beautiful set. So, you get a card of Greg Hibbard. 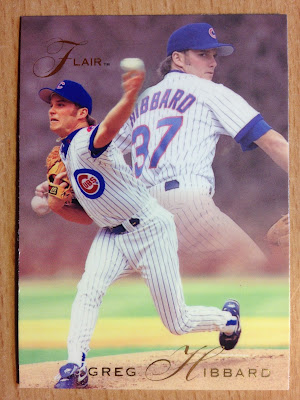 There's two seconds of your day I be you wish you had back.

Nomar!  Woo-Hoo!  Another for the player collections! 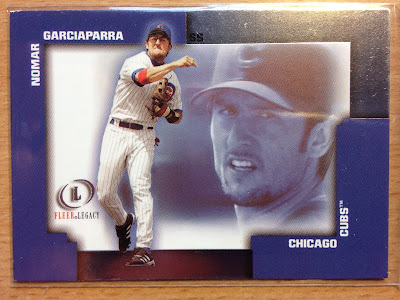 I think Rick Wilkins has some of the best action shots on his cards. Although, I think remember there being a bunch of Scott Servais action shots in one of Dime Box Nick's posts. 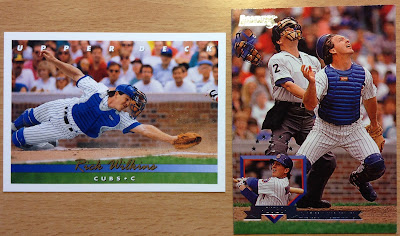 I wonder if Topps will bring back the Perspectives insert for 2017. They were pretty cool. 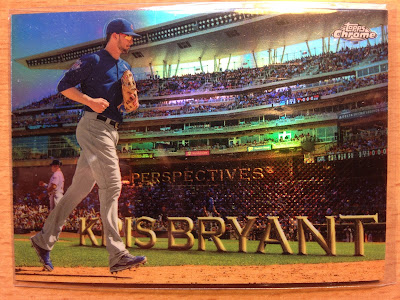 I never bust packs of Topps Chrome. My LCS typically wants $4 for a pack of four cards, which just seems crazy when I can usually find the Cubs in a dime or quarter box six months later. 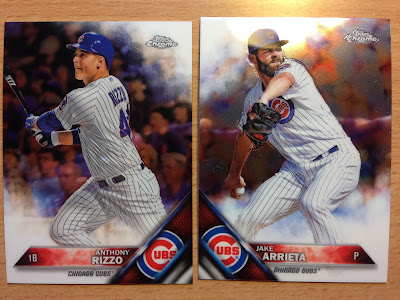 Now I don't have to do as much dime box diving at my next show!

If I had to collect one set from 2016 I think it would be Bowman Platinum. 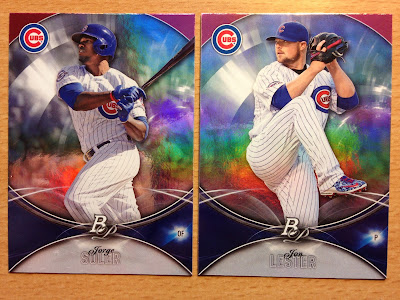 The design is very Bowman, but it's still somewhat simple and I love the colorful shininess in the background. 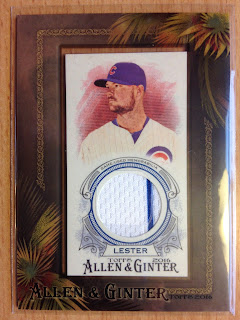 This 2016 Allen & Ginter mini framed jersey card of Jon Lester is a great addition to my newest project.

What a fun assortment of cards, some of which I hope will also fill some holes in my Cubs FrankenSet.