Just a quick trade post as I had a nice package from Greg, of The Collective Mind, arrive today. My mind is tinkering with the idea of changing my blog's name, but I haven't come up with anything interesting enough to share. Since the Cubs won the World Series, which is really weird to type, I've been really apathetic about cards. I'm sure it's just a phase, as I have material to post, but I'm just not feeling it right now.

I always like to thank those who have taken the time and effort to complete a trade with a trade post, so here we go!

First up we have two new Kerry Wood cards for my player collection, which now stands at 479. 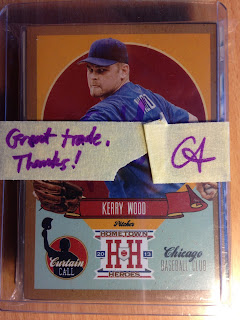 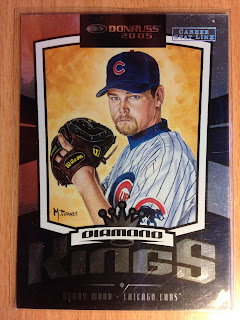 I like how Greg used masking tape to secure the pile of cards AND added a note. That's mind kind of blogging trader!

I'm still confused by these 1972 Topps In Action cards.  The fronts are nice enough, and this Billy Williams is a sweet addition to my collection, but . . . 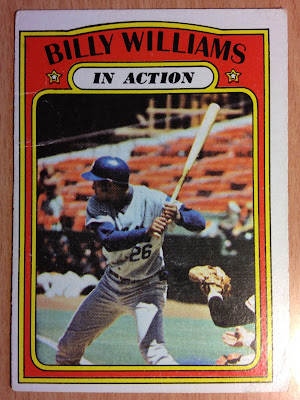 Why is J.R. Richard on the back?  So very confused. 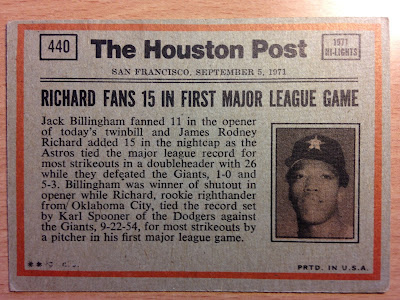 I never got to see Dave Kingman play, but I think I would have been a fan of his. 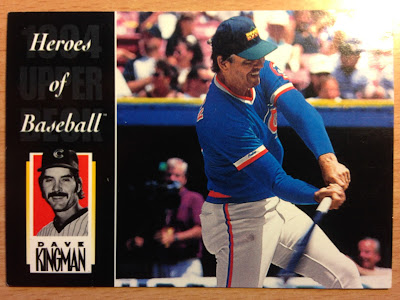 I think the front picture is from a celebrity softball game, because the bat he is holding looks a little off. 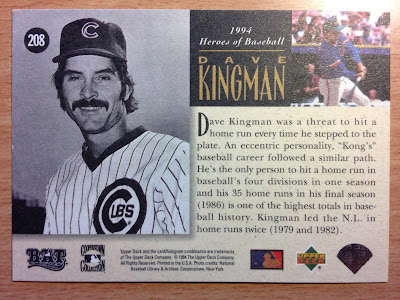 He hit a home run in all four divisions in one season?  Now, that's pretty cool!

These 1981 Topps Coca Cola cards were a late addition to the trade. Old school odd balls for the win! 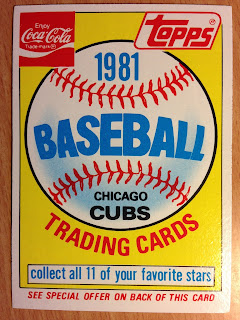 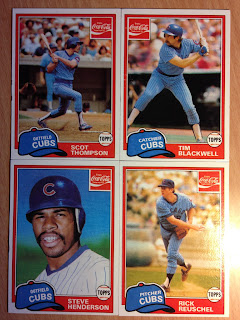 I love the powder blue away jerseys, but I don't ever want to see the Cubs play in those again.  They resemble pajamas too closely for my tastes.

Here are the cards which started our trade discussions: 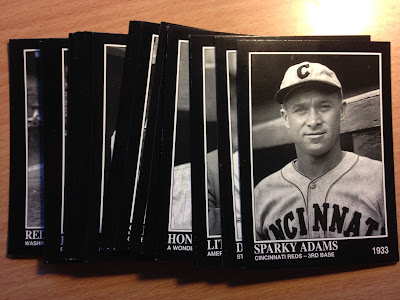 Thirty-one Conlon cards from Greg puts me at 60% completed threshold for the entire 1,430 card set. Slowly, but surely, I'm getting there.
Most of the cards I need are from the last two editions and I might just see if I can track down a box to break.  That would be fun!