One Pack of Donruss Elite (with a Hit!) 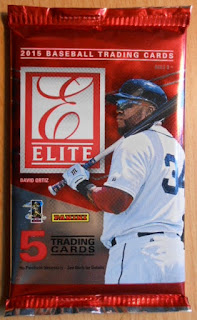 So I stopped by LCS last week to pick up a screw down case for my glorious Kris Bryant Topps Archives autograph and the case seemed a little lonely when the owner was ringing up my purchase.  So, why not a pack of Panini's Donruss Elite?

Five cards for five bucks seems a little steep, but I needed a pack of cards to open! 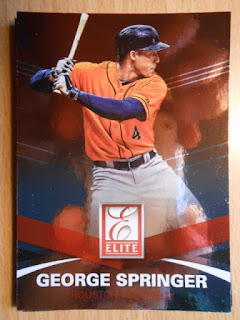 I feel like I've mentioned ad nauseum how much I enjoy the Astros orange jersey tops.  Please. Thank you.  More, please!  Springer is a nice pull, but I unfortunately liken him to Javier Baez: to be serviceable major league players they are going to have to learn to cut down on the strikeouts. Springer seems to be having a little more success with that task this year.  Hopefully Baez can manage to make more contact as well. 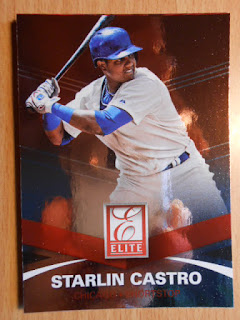 This one is a automatic win, because he plays for my team of choice. Although because of the lack of logos one could argue that he plays for the Pajama People.  In red, under the name, is the city and position for each player.
This pack is off to a good start. 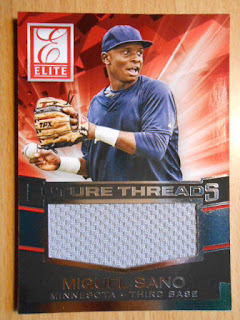 Sano was recently called up by the Twins so this is a nice pull. The dude is LARGE and he possesses some SERIOUS power. I heard he is 6'6", but baseballreference.com only has him listed at 6'4". #growthspurts 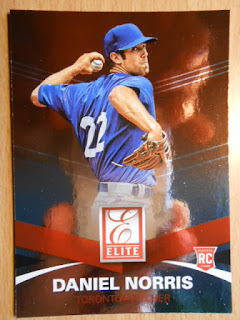 I like Norris quite a bit.  He put up some absurd strikeout rates in the minors and I think that will translate over to the major leagues eventually. 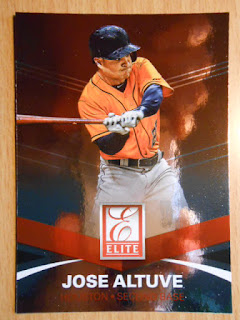 Ahhhh, a nice card of a very good player wearing another beautiful orange uniform top. Altuve has already set a career high in homers this year, but I think the power surge is coming at the expense of his batting average, which is down nearly 50 points from last year's AL league leading mark.

Overall, this was a pretty good pack in my opinion. The cards are nice and sturdy, and outside of the missing logos my only complaint would be the backgrounds behind each player, which are kind of vacant and dull.
Posted by P-town Tom at 7/26/2015 10:25:00 AM