I've been struck with some motivation the last couple of weeks to get things done in my cardroom. The last package from a seller just arrived in my Sportlots box yesterday and I'm excited to get my hands on those cards so I can ship them out to some of my fellow bloggers. The USPS has been struggling lately, but I'm hopeful the cards make it to me by next weekend. We'll see!

I've also been sorting through my Dad's collection, which is mostly from 1989-1994. Throughout the process I've been adding cards to his large stack of boxes in an effort to downsize my collection. I'm thinking about selling these on Facebook Marketplace or Craigslist. There's some unopened wax, many sets, and plenty of singles... probably 20,000+ cards in all?  Anyone have experience doing this?

I've got a pair of packages to share today. The first one comes from Jeremy, the author of Topps Cards That Never Were. Jeremy took the time to create a couple of cards of two of my favorite professional baseballers. 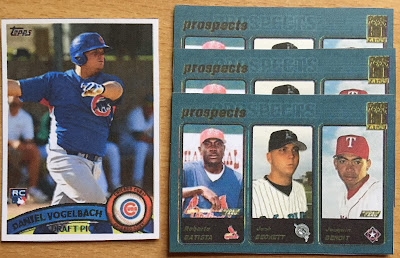 Vogelbach was drafted in 2011, so he never would have been given a 2011 Topps card, but I love it. The 2011 set is my favorite Topps flagship design since I returned to the hobby in 2009. The Roberto Batista cards will find their way to work with me and I'll pass them on to Roberto. He's such a great person and he'll be touched someone thought enough to make him some customs. Thanks, Jeremy!

Jeff, my "local" White Sox guy, sent me some cards a month or so ago. His blog, 2 by 3 Heroes, and mine used to play a larger role in the cardboard blogging community, but both of our lights have dimmed recently. I still have dreams of meeting up with him, Dimebox Nick and Tony Burbs at a post Covid card show in the Chicago suburbs. 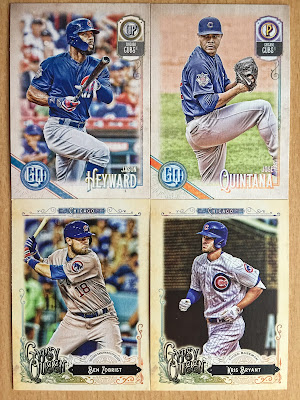 Jeff and I used to swap packages on a semi-regular basis back in the 2010's. . 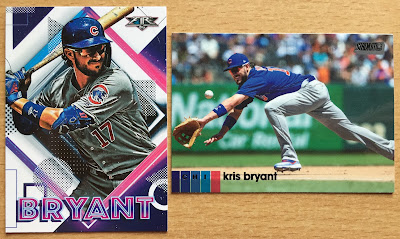 I'd sent a padded mailer up I-55 full of Sox and he'd retaliate with some boys in blue. 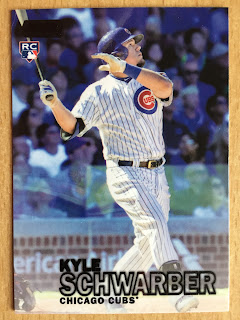 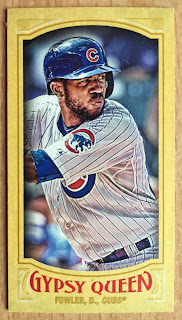 It had been since the spring 2018 since I last sent him a package and then out of the blue there was a mailer waiting for me one day after work. 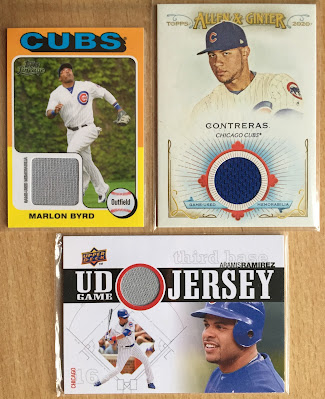 I honestly don't know where we stand now? Are we even? Maybe. Maybe not. Perhaps I should gather some cards together to sent back up north? Truly, first world baseball card blogging problems. LOL