I ship cards using the good old plain white envelope (PWE) all the time. I don't really ever remember having much of a problem. Don't get me wrong, there are some horrifying stories out there, but I've been relatively fortunate thus far.

I was expecting an Ebay purchase to arrive last week from the Chicago suburbs last week. It did not come. Then I saw the same card listed on Ebay over the weekend and the new seller was from Chicago.

With a hobby full of card trimming, sketchy grading practices from companies, and other unscrupulous individuals it was hard not to think the worst of the seller. Could they have marked the auction as shipped, but instead they relisted the card at a higher price because they didn't get the price they wanted the first time around? 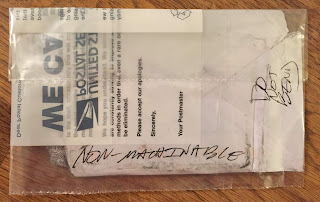 It's the dreaded body bag from the USPS!

Writing "Non-Machinable" and "Do Not Bend" on the PWE didn't do much this time around.

Obviously, I didn't get my card last week because USPS employees were using my PWE to play ultimate frisbee over the weekend. The seller was a good dude after all!

Here's the envelope removed from the body bag: 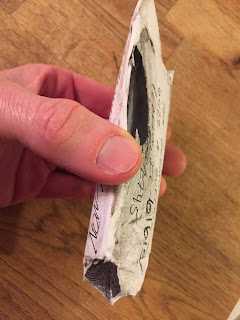 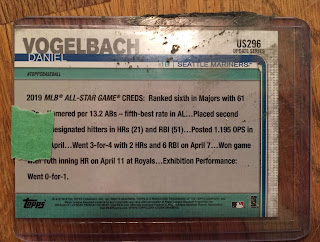 The card holder hit the trash can immediately after freeing my card. Look at the top of the picture. There's something cross between a cat's hairball and the coronavirus attached to that thing. Ack! 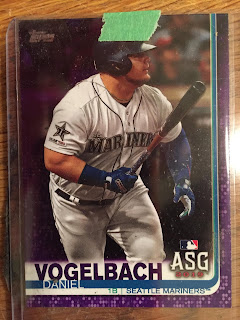 The card had slid toward the opening and it barely stuck to the painter's tape. 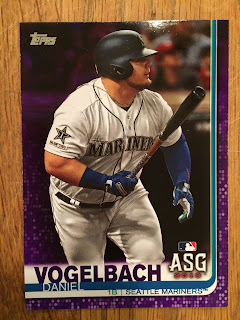 Body bag, holes in the PWE, and a marred card protector, but the Vogelbach card came out unscathed!

You can't stop THE VOGELMONSTER!