A Small Step Up the Ladder

Last summer I worked downtown at Dozer Park entering data for the Peoria Chiefs on their TrackMan software. In short, I worked about 15 fifteen games, made minimum wage, was given a $10 food voucher for each game, and had the best seat in the house to watch a historically bad Peoria Chiefs season. (The 2019 team broke the franchise mark for most losses in a season. Ouch.)

I'm still thirteen years or so away from retiring from my high school teaching and coaching job, but it's never too early to lay the groundwork for a post-retirement job. Working at a part-time data entry position on game days seemed like an excellent way to get my foot in the door. Plus, those perks... being paid to watch baseball!

In 2019 was one of five part-time individuals who worked the TrackMan system. I didn't meet them all, but I believe the rest were all college students. I received an email earlier this week from my contact at the Chiefs asking if I'd like to work again this year. He wanted to know if I'd be interested in becoming a substitute stringer in addition to working the TrackMan system. Heck yeah!

Last season's stringer, a veteran of at least a few seasons, was a mid-twenties gentleman who decided to take the LSAT and was accepted to law school. From what I have gleaned from recent emails the new full-time guy comes from within the organization and I'll be his backup.

In a perfect world, my plan is to become the Chiefs' full-time stringer after I retire in 2033, while working as a part-time data entry guy until then. Moving up the ladder this early wasn't part of the plan, but I'm pretty excited about it.  Here's a great article on the daily routine of a baseball stringer.

Applying for a non-fan MLB account was my first step. 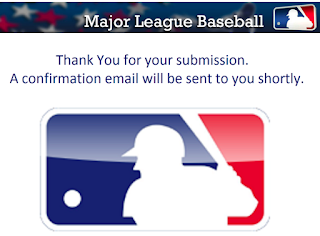 As part of my training I'll have to watch video of some baseball games and input them into the stringer software, otherwise known as Gameday to you and I. 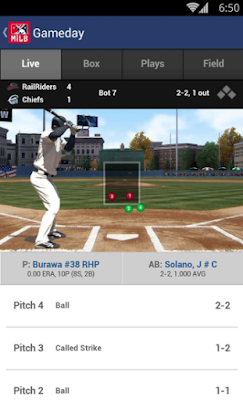 Once I become proficient, I will have earned the title of "official scorer" at the MiLB level, albeit a part-time substitute scorer.