Blowout Cards was selling some Panini USA Baseball sets for $14.95 during their black Friday sale. I'm a sucker for anything dealing with USA Baseball and after reading the description I was loading up my cart with sets from 2013, 2014 and 2015. 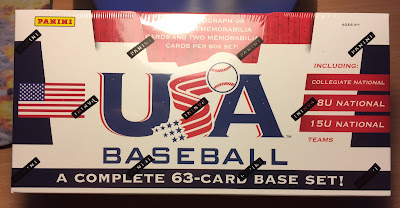 Cards from the Collegiate, 18 & Under and 15 & Under National Teams were included in the box. Not to mention a trio of blue parallels and NINE hits! 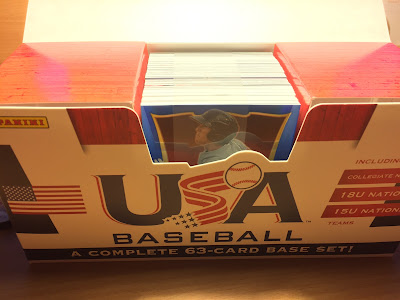 When opening up the package and I can't help but notice the "brick" of cards and all the wasted space. You'd think it would be cheaper to pack if less material was used.  But, what do I know?

Personally, I really think the blue parallels are slick looking and I would love a chrome version of this set. 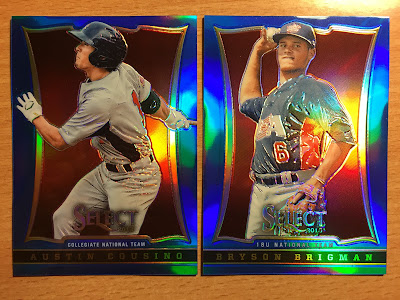 The first two names didn't ring a bell, but I know the third guy, Justus Sheffield. 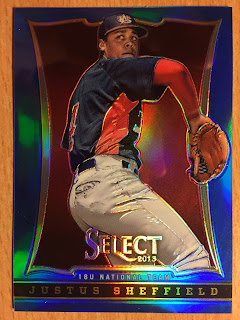 Sheffield is a decent prospect and was part of the return that sent James Paxton to the Yankees from the Mariners.

Bring on the hits!

Preston Morrison was drafted by the Cubs in the 8th round back in 2015. He found his way to AAA last year as a reliever. This one would look good with an in-person auto! 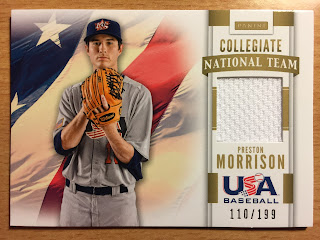 Lane Thomas was a 5th round pick by the Blue Jays in 2014, but the center fielder was traded to the Cardinals for international draft cap space in 2017. Thomas smacked 27 homers between AA and AAA this past season. The card is numbered out of 25 and I really like the red ink! 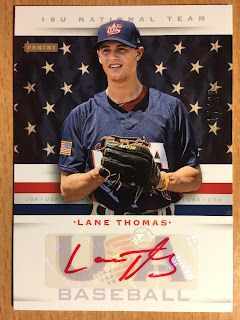 Alex Destino, an outfielder in the White Sox system, was drafted in 2017 in the 14th round. He played most of last season in rookie ball. This auto patch combo is numbered out of 35. 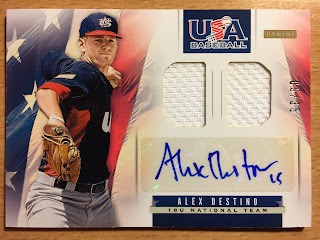 Sam Travis drafted by the Red Sox in 2014. The 2nd round draft pick made his MLB debut in 2017 and has found some time in the outfield and at first base for Boston. 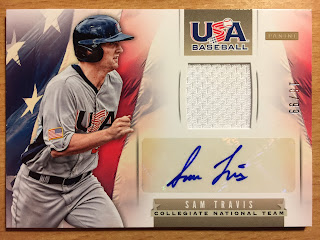 I can't find anything on Ben Ramirez on baseballreference.com, but a quick Google search reveals a freshman by the same name playing shortstop for USC in 2018. This might be a decent card to sit on for a few years. 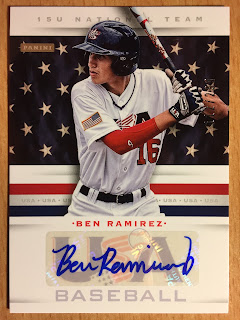 Isaak Gutierrez is a pitcher at Bethune-Cookman University. Another red auto coming means another card numbered to 25. 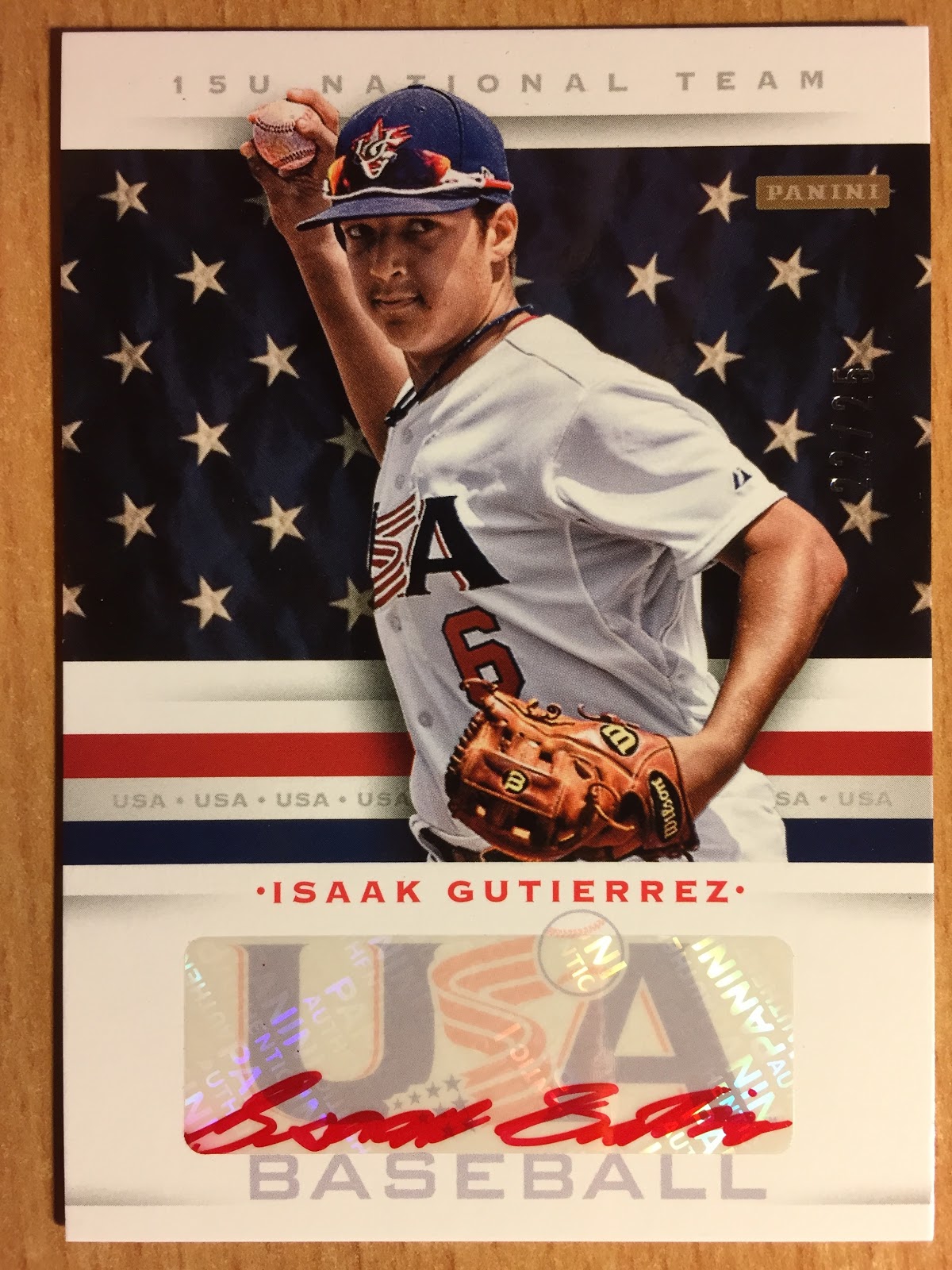 I'm a little baffled why a Japanese All-Star is included in the product, but it's pretty cool looking nonetheless. From a quick search I couldn't find any mention of Gen Mizumoto playing competitive baseball since 2012. We can't all be Shohei Ohtani I guess. 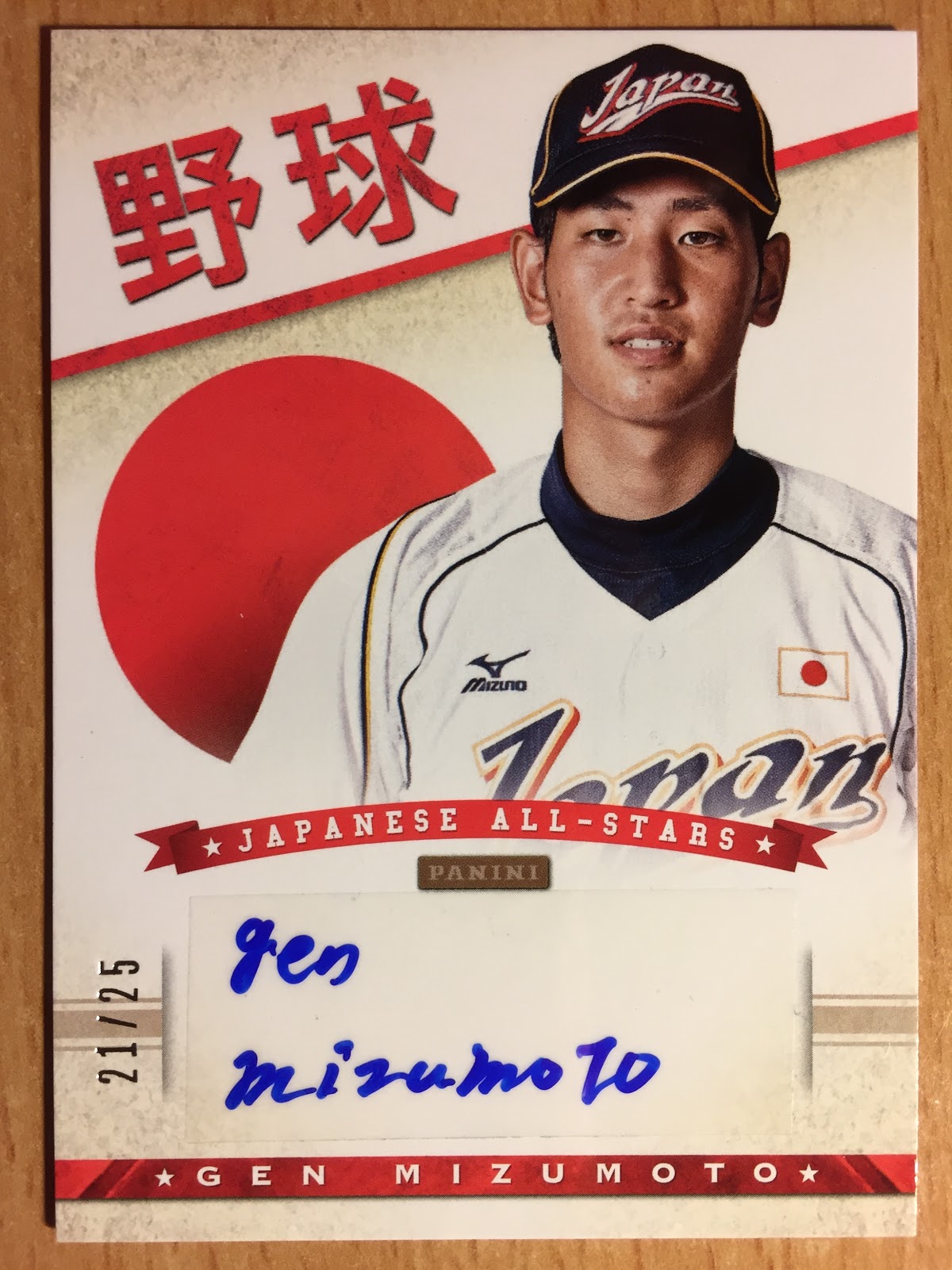 Bradley Zimmer is the biggest name out of all the hits. He has a fair chance of earning some serious playing time in the Indians' outfield in 2019. 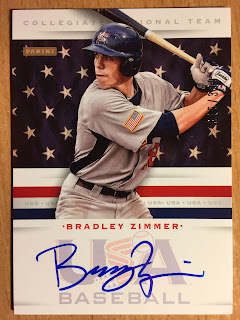 Adam Haseley, and outfielder, is another name to watch out for. He was the 8th overall pick by the Phillies in the 2017 draft and hit above 0.300 in limited time at AA last season. 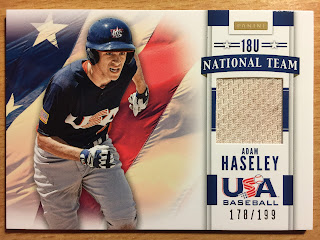 The box included fifteen total insert cards titled Curtain Call and In Action. I didn't hit a Trea Turner or Alex Bregman auto or relic, so it's nice to get a couple extra cards sporting them. 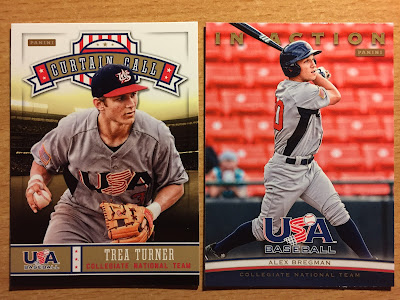 Here's a look at the base cards and first up is a card from the 15U National Team. Mickey Moniak gets top billing here, because I believe he was the overall #1 pick in the 2016 drat. 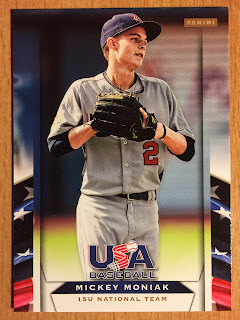 Jack Flaherty was the biggest name from the 18U roster, but  many of those guys are also still fighting their way up the ladder in the minor leagues. 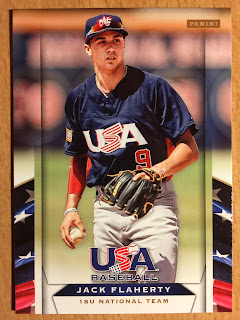 The Collegiate team had the most names I recognized. Here's a couple of Athletics! 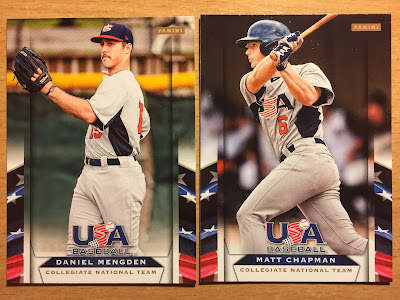 And we'll finish off the show-and-tell with my favorite card from the box, Kyle Schwarber!  That was a nice surprise! 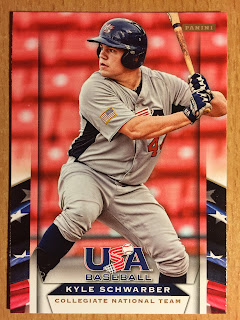