When I'm in Sheltered-In-Place

Illinois, under executive order of its governor, is under a Shelter-In-Place order until April 7th.

I spent last week "teaching" from home, but spring break started today and runs through next week.

So, what is one to do when you're not allowed to go anywhere but the pharmacy, the grocery store or the gas station?

Well, I inspect the arrivals to my Vogelmonster collection probably a little too closely. 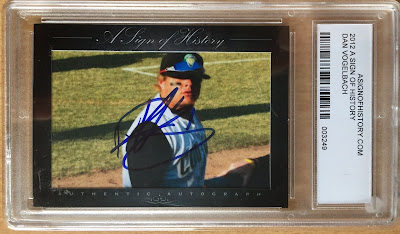 It's a 2012 A Sign Of History cut autograph of Dan Vogelbach from his days with the Kane County Cougars.

I saw this pop up on eBay at a discounted price and dropped it in my shopping cart while picking up some other Vogelbach mojo. I'm a sucker for anything Vogelbach which isn't already in my collection.

The back of the card doesn't offer too much insight on the manufacturer. 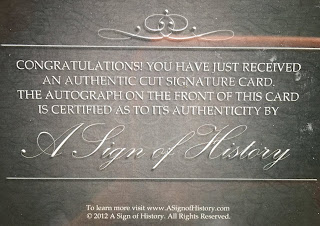 In fact, the website listed on the back is actually a dead link. Bummer. But, I was able to track down some pretty reliable information on the "company" from our local Tim Wallach collector.

I'm not bothered that this card seems to be made out of some guy's basement, but what does bother me is the cut auto used and the date on the case and card.

It's advertised as a 2012 product, but Dan Vogelbach didn't play with Kane County until 2013. Heck, Kane County was an Oakland affiliate in 2012.

I'll take a guess at what happened here. There were extra 2012 cut signature frames leftover and the gentleman making the product decided to throw an auto from 2013 in there assuming no one would notice!

He probably would have gotten away with it, too, if it weren't for this meddling kid. 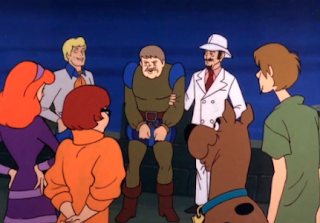