This time of year most baseball fans are turning their attention to one of the other major sports. I'll follow the Bradley Braves basketball season and I'll try to stomach my way through a few more Bears games, but I'm still thinking baseball.

Everyone jumped on the hype train when the Cubs' young talent was coming up a handful of years ago. But now, guys like Bryant, Baez, Contreras and Schwarber have reached their arbitration years and the Cubs payroll will undoubtedly push the boundaries of one of the luxury tax thresholds.

Most of my Cubs following friends could care less if the Cubs are penalized to the hilt for blowing past the MLB imposed payroll limits. Me? I want to know why the Cubs can't have elite talent on their roster and stay under the luxury tax limits.

For the Cubs to have their cake and eat it too, they need to get better at developing pitching. And not just any type of pitching, but the kind that becomes expensive if not groomed from within: starting pitching. Guys like Walker Buehler, Jack Flaherty and Mike Soroka are young, cost-controlled starting pitchers who give their teams the payroll flexibility needed for sustained success.

So, where are the Cubs crop of young rotation arms? Let's take a quick look at the last five home grown starting pitchers to reach the big leagues.

Coincidentally, these are the only five pitchers drafted or signed by the Cubs to filter up through the minor leagues in the last five seasons. Five arms in five years yielded nine starts. Ouch. Alzolay, in my opinion, is the only one on this list who could still turn into something special.

So, who has received the starts the past five seasons (2015-19) and how were they acquired?

There are thirty names in all and most came from trades or free agency. Chicago paid a premium for Lester & Darvish (contracts) and Quintana (prospects), but the rest were brought in to fill the back end of the rotation. In the case of Hendricks and Arrieta the Cubs struck gold, and a front office will do that from time-to-time, but not without it's fair share of Luke Farrell and Jake Buchanan types.

When was the last time the Cubs were able to draft or sign a player at the onset of their professional career and then have them deliver 20+ starts at the MLB level? After some research I found it's been done by seven players in the last twenty seasons, but none have been added to the organization since Theo Epstein took control on October 12th, 2011. One player has contributed a couple of 20+ start seasons since Epstein arrived, but he was drafted in 2006. More on him in a bit.

Two of the seven starters have contributed just one season of 20+ starts. Rich Hill, who was later sold for peanuts to Orioles, didn't miss a start during the 2007 season. (Yes, this is the same Rich Hill who pitched for the Dodgers in 2019.) Sean Marshall, who later switched to the bullpen and then was traded away to the Reds, started 24 games for the Cubs in 2006.

For fun, let's take a look at the five other home grown pitchers, in the last twenty years, to have at least two seasons of 20+ starts for the Cubs. These are the more memorable guys.

How many can you name off the top of your head? I was able to come up with all five of the ones below, but I didn't recall Marshall and Hill because of their lack of continued success in the rotation. Honestly, I was shocked I hadn't forgotten anyone. I thought for sure there would be more than just seven different names.

Here they are, in order of when they were acquired by the Cubs with the most recent being first. 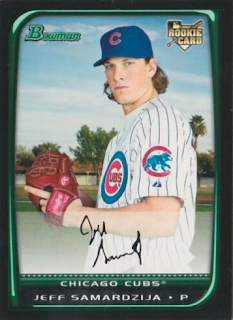 I never thought Samardzija would make it as a starting pitcher. I was wrong.
The former Notre Dame wideout was pitching at an All-Star level in 2014 before he was traded to Oakland nine days before the Mid-summer Classic. If I recall correctly, he represented the Athletics at the All-Star game. He is the only home grown pitcher to start 20+ games during Theo Epstein's tenure and he did it twice. 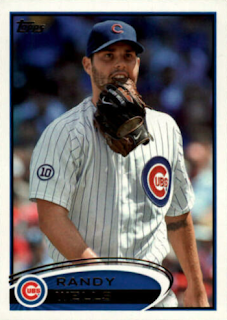 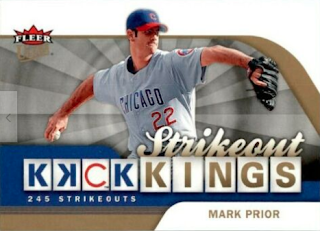 Prior, injuries aside, was a heck of a pitcher. A team could do much worse with a number one draft pick. 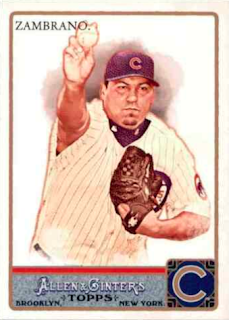 Big Z spent fifteen years in the Cubs' organization, with twelve of those seasons at the major league level. He was a fiery competitor and a fun guy to cheer for. I have to believe he is what every scout and draft coordinator hope to bring to an organization. 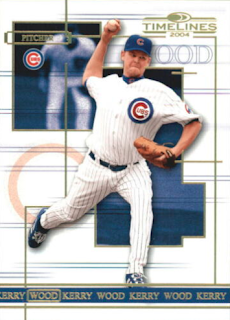 Kid K is my favorite on this list, but in Wood we're looking at a #1 draft pick from way back in1995. This flamethrower also spent large chunks of time on the injured list, but when healthy he was one of the more exciting pitchers in the game.

Here's the a list of all seven and how they were acquired:

Three of these guys, in my mind, have star-worthy credentials. There can be a lot of value to a team in guys like Samardzija and Wells though. In fact, Samardzija was paid $19.8 million each of the last three years to be what I would call a slightly-above average MLB starter. Guys who can take the ball every fifth day, give you 180+ innings, and can keep you in a ballgame are not cheap. If they're making the minimum salary and toeing the bump, then you have something special.

The inability of this current Cubs front office to draft, sign and develop starting pitching has been well documented and it's becoming a running joke in some circles. Moreover, this deficiency is handcuffing the Cubs' off-season plans, which is unfortunate for a team looking to rebound next year after a rough finish to the 2019 campaign.

I hope the Cubs find something special in their farm system sometime soon, before most of their current offensive stars price themselves out of Chicago's budget.
Posted by P-town Tom at 11/06/2019 07:56:00 PM