Consider me fashionably late to the party.  The Junior Junkie posted the idea of the Best Binder Page nearly a week ago and it has spread around the blogosphere like a brush fire. 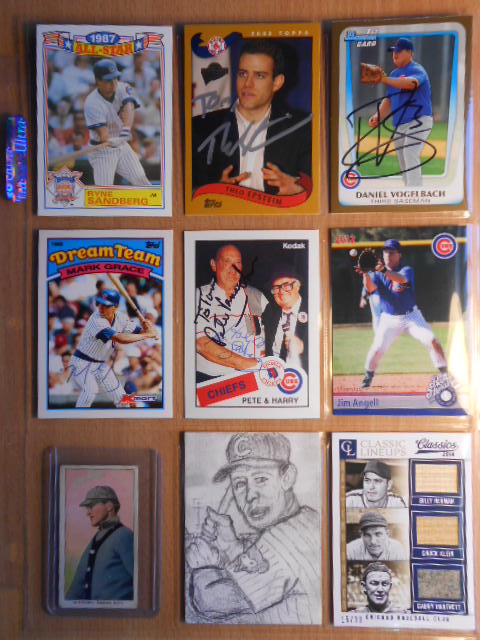 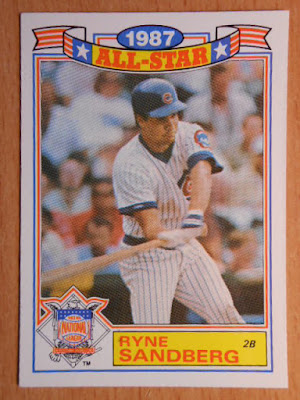 I was introduced to baseball cards at a friend's 10th birthday party and one of the party favors was a rack pack of 1988 Topps. One glossy all-star card was on the front of each of those packs back in the day and this was mine, thus effectively making it my first baseball card. Now I'm approaching 800 different Ryne Sandberg cards! 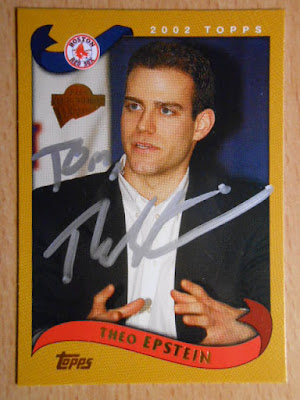 It's no secret around here that I have a man crush on Theo and he only helped strengthen the bond when he returned my only through the mail autograph request.  Thank you, Theo! 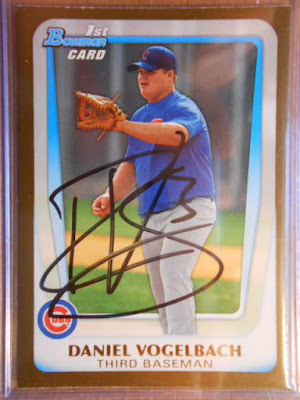 The Vogelmonster is my favorite active professional baseball player, even if he is behind Anthony Rizzo on the Cubs' organizational depth chart. I drove up to Kane County to get this in person autograph at a Cougars game. That was an awesome experience for me. 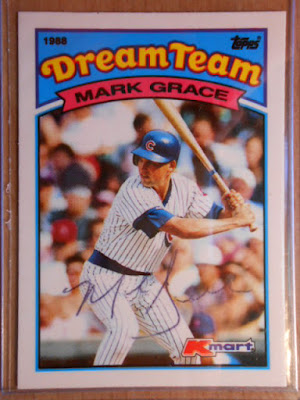 Grace was a very good player, but he isn't one of my favorites. Yet, he was my Grandma O.'s favorite player. My mom baked cookies and my dad took the cookie and a few cards to the P-town airport, which is where he used to work. Gracie was flying in to be honored by the Chiefs in the early 1990's and my dad was able to somehow deliver the cookies and secure the autographs for his two kids. Yes, my parents are awesome. 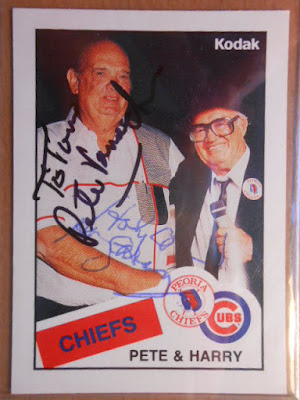 Pete Vonachen, rest his soul, is considered to be the father of baseball in Peoria.  He and Harry were great friends.  I've written about this card before and it receives Middle Middle treatment because it is the most cherished card in my collection. 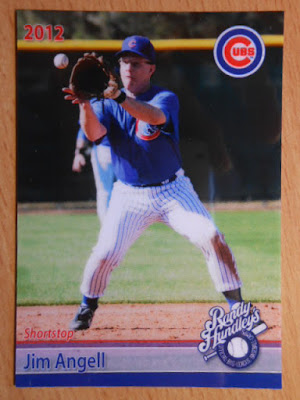 Jim is one of my best friends and he's actually kind of like an older brother.  We both eat, sleep, and breath Cubs baseball. This card commemorates one of his trips down to Mesa to participate in Randy Hundley's fantasy camp. 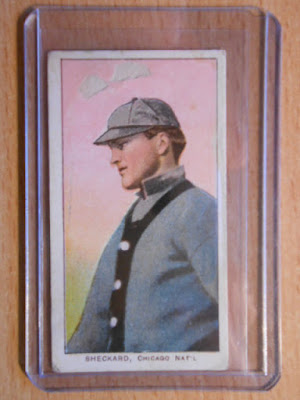 I love this card for a few reasons:
1). It's over a century old and it's easily the oldest in my collection
2). Sheckard was a starting outfielder the last time the Cubs won the World Series
3). It came into my collection through a Zippy Zapping
I became a part of the much heralded T206 club when this fell out of a Zippy Zappy pack. More importantly, this card reminds me of our little card collecting corner of the internet and all of the friendships I've slowly developed. 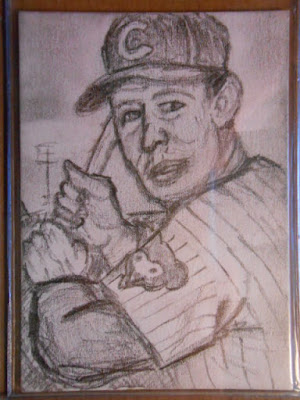 Before I started my own blog dayf was churning out 900 posts a year on Cardboard Junk.  He's an excellent and witty writer, a great trader of cardboard, and a wonderful artist. His work gave me confidence to start my own blog. He doesn't post nearly as much anymore, but I make sure to read each time he does. Plus, Ron Santo! 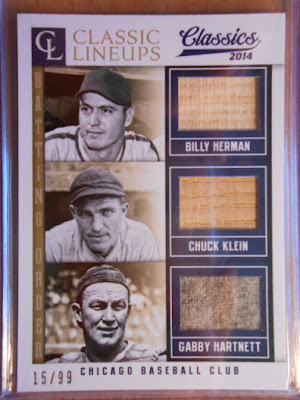 I read the sell sheet for this product and was enticed by the hobby's first official Gabby Hartnett relic card. I bought a few packs at my LCS and this fell out of one of them. I've never had much luck pulling relics or autos of Chicago Cubs, but somehow I lucked into his one. This card represents the best pull I've ever had.

There were a couple of cards that just missed the cut and I'll show them here: 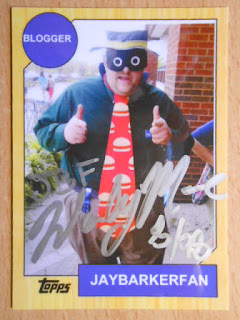 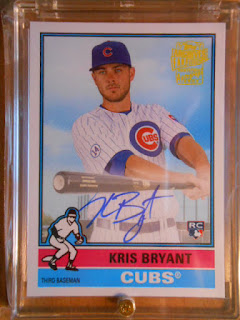 Both of these cards have blogger ties, with the Jaybarkerfan card having the most obvious. Wes is the most generous blogger out there and for reasons unbeknownst to me he attacked me monster package after monster package.  What a blast! There are many bloggers I would like to share a beer with, but I'd love to someday have a drink AND catch a Braves game with this cardboard legend. I wish card pages were configured for ten cards, because it was very difficult for me to leave this one out of my Best Binder Page.

The Kris Bryant card also misses the cut, but it's a VERY distant #11. It receives mention only because it has blogger ties (acquired through a Nachos Grande group break) and is the most expensive card in my collection by a wide margin.  Plus, you know, it's Kris Bryant.

I'm really proud of this binder page, because I think I've picked a really solid page highlighted by collecting firsts as well as family, friend and blogosphere ties.