Everyone, this is Ed. 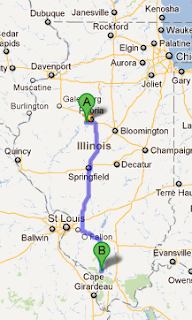 Mom and Dad took a trip on Tuesday, September 20th down to Murphysboro, IL.  What did they find?  Why all those miles and a day off from work?  Ed.  Ed's why.

Ed, named after the original owner, was born in 1953 the same year as Dad, and he's now a part of the Olson family.  He's parked outside "Ken's Workshop" just waiting for some TLC.  Ed is a 1953 Chevrolet 5-Window Pickup.  There's a couple of cracked windows, more than a little rust, a couple of dents, some tacky rims, and no antenna for the stereo. 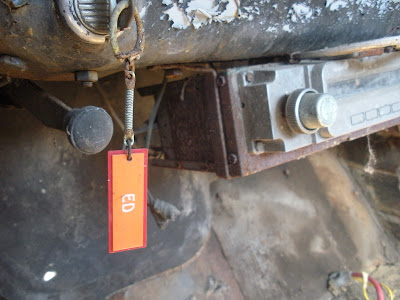 My dad suggested that this will be a three year project and he doesn't plan on spending more than a few grand getting Ed into cruising form. I've witnessed Dad's magic touch with machinery more than a few times and I'm a believer!

I'll post updates from time-to-time for those interested.  Meanwhile, I suppose I know what will consume Dad's Christmas wishlist! 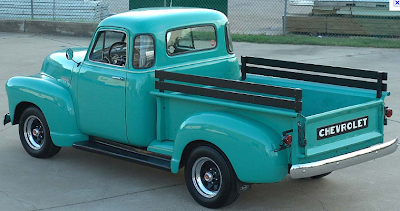 Email ThisBlogThis!Share to TwitterShare to FacebookShare to Pinterest
Labels: Ed