Back in July Daniel was featuring a stuffed Groot toy in his posts at It's like having my own Card Shop. A made a suggestion in the comments about showing Groot off in eleven straight posts to celebrate his blog's eleven year anniversary. Amazingly enough, he took my suggest and ran with it!

Here's one of my favorite pictures from his posts: 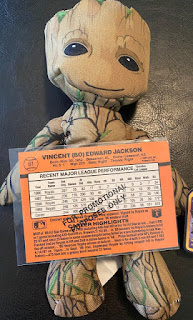 Then a couple of weeks ago I had a flat rate box from Arizona show up randomly. I didn't think much of it at the time, but we all know Arizona is Groot's off-season home when he's not bumming around with Rocket Racoon. 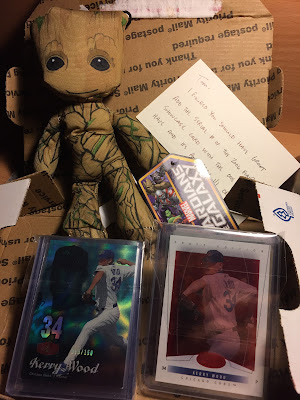 This box was loaded with things that made me smile. Let's start off with the note! 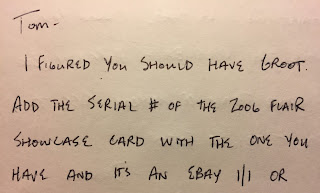 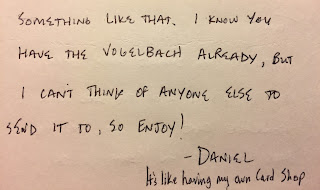 I will always take Vogelbach cards which need a good home and I'm touched that Daniel decided to send me Groot!
This is the 1,003rd Ryne Sandberg in my collection. It's a super thick 2017 Topps Tribute card. Fancy! 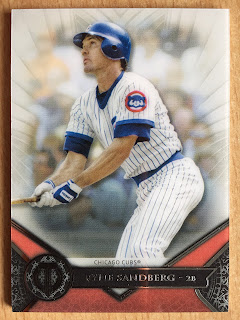 Kris Bryant had a rough 2020 at the plate and I heard he might be on the trading block.  The former MVP will be 29 when next season starts, which is his last under contract. 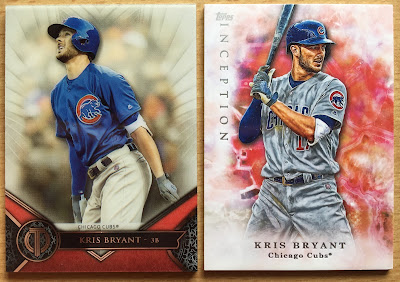 Rizzo has a $16.5 million team option for 2021. I think the Cubs' front office will pick up that option without much hesitation. If there is a delay, it's only because they're talking about an extension. 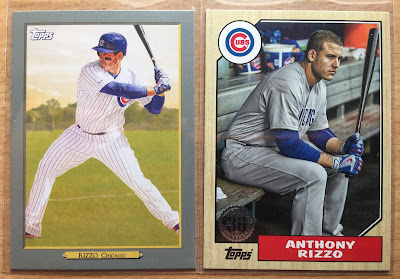 I know a bunch of Cubs fans who feel Javy Baez is the leader of the team, but I'm the in Rizzo camp. He may not be as flashy and exciting as Baez, but he checks all the other boxes. 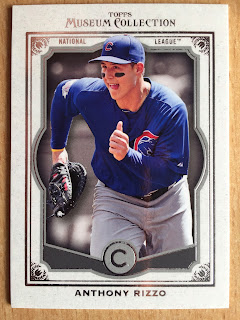 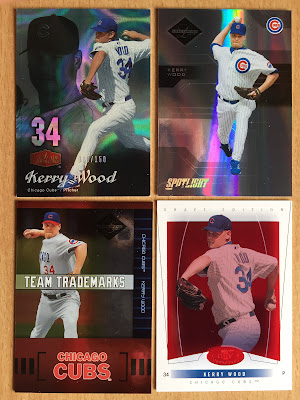 It's been awhile since I added some  KW cardboard to my collection. All of these were serial numbered, with the highest coming in at #/150 and the lowest being at #/25. Wow!
A blue Chrome first Bowman of the VOGELMONSTER? 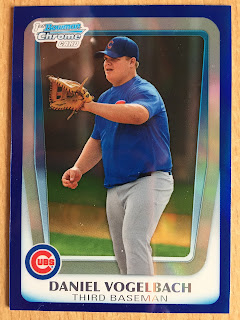 I'm kind of speechless. It is a duplicate, but it's a gem of a card!
Holiday got all puffy-tailed the first time she spotted Groot. Eventually she made it close enough to him to give him a sniff. 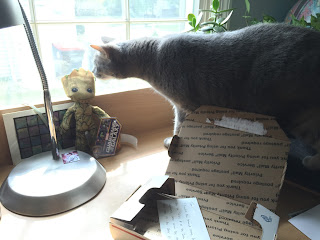 Twice I've come home in the past week and found Groot in the middle of the dining room floor. I've been placing him on a high shelf in the office, but I think Hugo must have found a way to pull him down. Hugo has a thing with dragging stuffed toys around and leaving them near the kitchen. Thankfully, he never chews on them, so Groot is still in great shape!
Thanks for the Cubs cards and Groot, Daniel! Next time I acquire some cards I think you'll like I'll be sure to send them down your way.
Have a great weekend, everyone!
Posted by P-town Tom at 10/03/2020 03:58:00 PM