I received a PWE from defgav of the much heralded Baseball Card Breakdown blog. I'm always up for a PWE, especially when a note is attached: 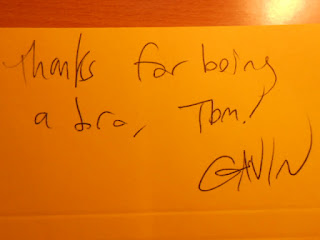 Instantly, the Golden Girls theme song started playing through my head, but instead of "friend" I replaced it with "bro."   You know, because I'm a bro!
Seriously?  Why are the Golden Girls stuck in my head?  I think I'll blame my sister and our trip to Milwaukee on that one.

Enough with the oddities, on to the cards! 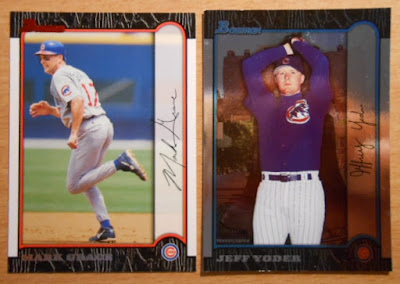 Ahhhhh, some late 90's Bowman.  Isn't that refreshing?  You never see this stuff on the blogosphere these days. 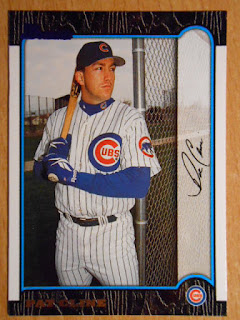 Pat Cline was going to be the Cubs' version of Johnny Bench.  Yeah.  That didn't work out.

Whatever happened to Classic? 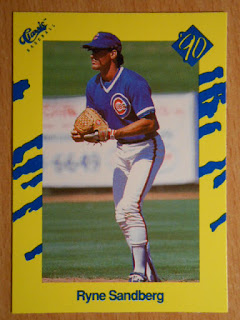 I never actually played the game, but I enjoyed tracking down all of the Ryne Sandberg cards I could find. The '90 design is actually one of my favorites, as it beat '91 Fleer and all of its yellow glory to the shelves by a full year.

Here are the questions from the back.

I'll reveal the answers at the end of the post. Try to channel your inner 1990 self.  Or don't . . . I'm pretty sure I was wearing parachute pants and wristbands.  Dimebox Nick and Zippy Zappy, you guys didn't miss much.  Trust me.

2013 Gold Paper Parallel of a hustling Brett Jackson.  Meh.  Brett Jackson and I had an awkward encounter in Arizona last spring.  I. AM. NOT. A. FAN. 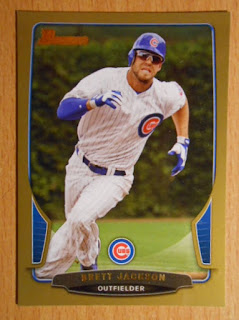 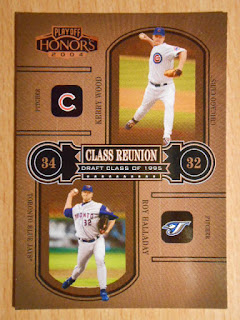 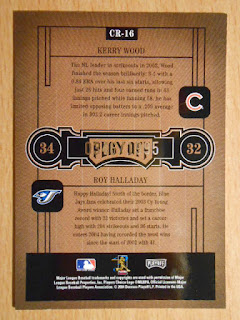 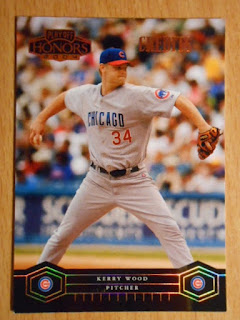 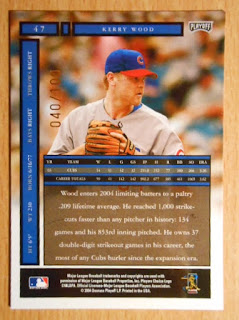 My Kerry Wood PC gets a two card boost with a pair of serial numbered cards.  Both cards are from the 2004 Playoff Honors set, but the top card is numbered to 1995 while the bottom is out of 100.  I'm now only five cards away from hitting the 400 card mark!

Alright, we ready for the answers to the Ryno classic card?

By the way, I have no idea if Sam Horn and Tommny John still hold those accolades, and frankly, I'm too lazy to look them up. Yet, I can verify that the Nasty Boys were downright nasty.