I thought these would be so cool...

When I first saw the pictures of the Bowman Fire Die-Cuts I was pretty stoked.  The designers did such a nice job of making it look as though the card was so hot that it was melting.  I just had to have one in my hand!

Well, I found both of the Cubs at a relatively low price and pounced. 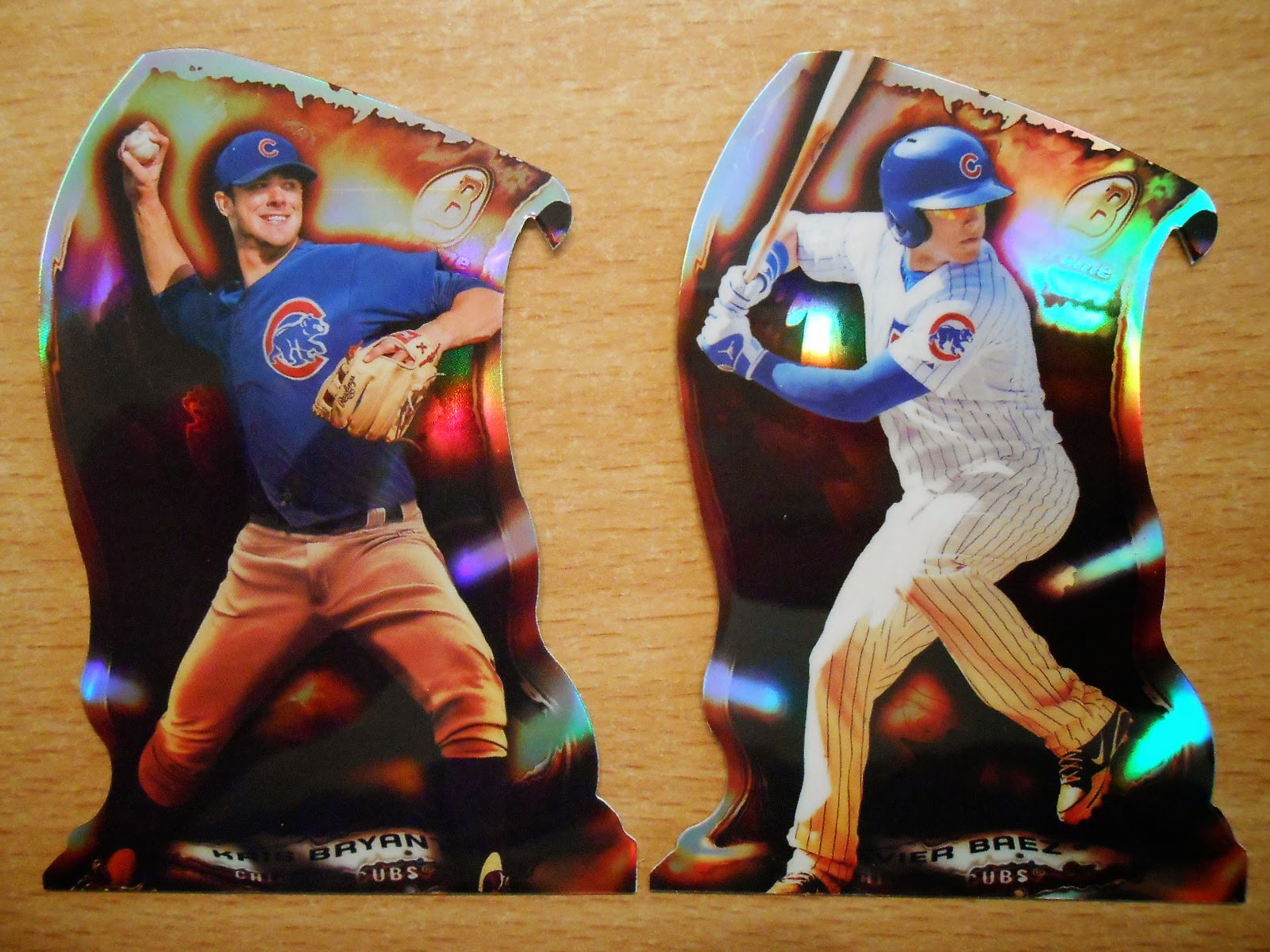 Now that have these molten cards I'm just not as impressed as I thought I would be.  Maybe it's because the background seems so dark or because they don't catch the light and shine, but I'm a little underwhelmed.

I think the pictures are actually better than what I see in-hand.  But, I think you can see what I mean about how dark they are in the background.  No?

At one point I thought the Fire Die-Cuts would be the one set I would chase from this year's collecting cast, but I've since punted that notion.

Any thoughts?  Am I the only one out there who's a bit disappointed?